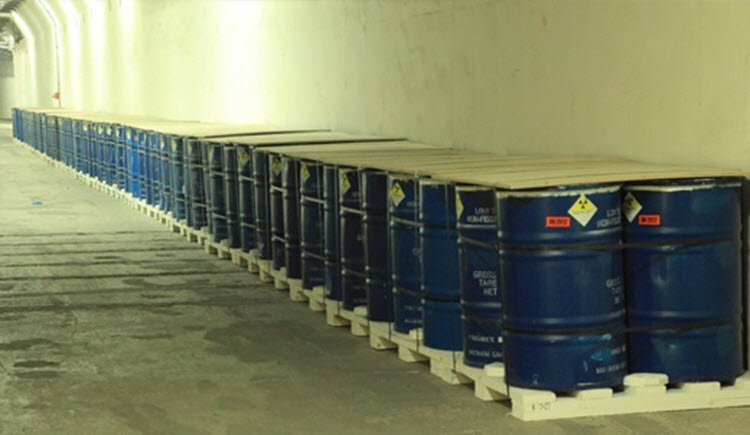 The Iranian regime is renewing its bid for more uranium. It original request was authorised by President Obama (who spent most of his term appeasing the Iranian regime), but was eventually blocked by the United Kingdom. Now Iran is said to be planning to ask again.

The United States must declare that it will not provide approval until there is evidence that the regime has not been causing trouble. To do otherwise would be to continue along the lines of President Obama.

Reports say that Iran is about to renew the petition to import 950 tons of the raw material from which uranium is extracted – commonly named “yellowcake”.

Last week, the US State Department officially certified that Iran had complied with the terms of the nuclear deal, but Secretary of State Rex Tillerson said that nevertheless Iran is still far from reproach. Tillerson listed a number of issues that Iran is involved in that need to be addressed.

He said: “The [nuclear deal] fails to achieve the objective of a non-nuclear Iran; it only delays their goal of becoming a nuclear state. The Trump administration has no intention of passing the buck to a future administration on Iran.”

Iran has a history of deception and lies and it would be naïve to think that this has changed. In fact, if history is anything to go by, it would be better to presume that Iran is guilty unless it can prove otherwise.

Last week, the main Iranian opposition revealed that the Iranian regime is continuing to work on its nuclear program in the same manner as before the nuclear deal was signed. So, Iran is able to deceive the international community by appearing to comply with the nuclear deal, but behind closed doors it is working on a secret program against the terms of the deal.

The National Council of Resistance of Iran (NCRI) was able to prove that work was being carried out on activities that are banned such as triggers for nuclear bombs. The information was gathered by opposition members inside the country that have been able to penetrate certain areas of the government and military. Satellite imagery shows where the work is carried out.

According to the terms of the Iran nuclear deal, Iran is allowed to buy yellowcake for its own peaceful purposes and it is permitted to sell the surplus abroad. The quantities requested by Iran indicate that it will not be used for anything other than the nuclear program.

Senators have called on the administration to veto Iran’s request, with a Florida Republican saying it is a “no brainer”. Senator Marco Rubio said: “Iran does not need this nuclear material, which far exceeds its needs and could someday be further enriched for the purposes of nuclear weapons.”