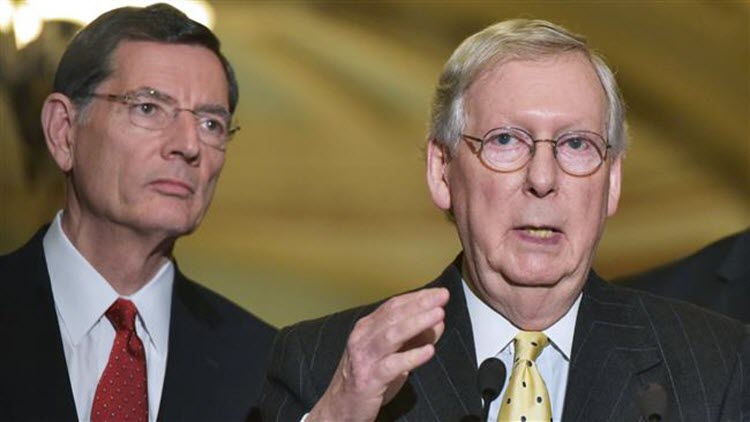 The Senate Majority Leader Mitch McConnell, a Kentucky Republican, is attempting to push the Senate into imposing tougher sanctions on Iran. If it indeed happens, it could have consequences for Russia – bringing up the argument (again) about financial penalties against Moscow.

On Wednesday there will be a procedural vote, organised by Mitch McConnell. The vote is regarding the Iran Destabilizing Activities Act. All going well, the final vote should take place on Wednesday, but there is a possibility that the debate could be prolonged by lawmakers, meaning it could be Thursday night before the vote has been done.

Nevertheless, there is a strong bipartisan support for the act and after a period of negotiations it cleared the Foreign Relations Committee at the end of last month without any hitches. If adopted, it will allow sanctions to be issued to Iran for a wider range of infractions, addressing in particular its extensive support for terrorism, its complete disregard for human rights, its transfer of weapons and its ballistic missile development.

However, it is likely that the dispute regarding new financial penalties on Russia in relation to its meddling in the election last year could be reignited. Russia’s continuing involvement in conflicts in Ukraine and Syria are also reasons for potential sanctions.

Indeed, last month Senator Lindsey Graham (R-S.C.) said that if an Iran bill made it as far as the Senate floor, he would be very keen to ensure that Russia also receives sanctions. He said: “I’m glad we’re doing something on Iran, but if the bill comes out of committee on the floor I’m going to add Russian sanctions to it. Try to anyway.”

Tensions are rising between the United States and Iran. Last month, while in Saudi Arabia, President Trump vowed to tackle the Iranian threat head on, and it seems like plans are already being put into place.

The Iranian regime’s position is getting weaker and weaker, and its helplessness is clear for the world to see. It is grasping at straws and has increased its spread of terrorism and suppression against the people of Iran.

Mrs Maryam Rajavi, the President-elect of the National Council of Resistance of Iran (NCRI) has said that Iran’s IRGC needs to be listed as the terrorist organisation that it is. She also said that the people of Iran, who have been denied freedom and democracy for many years, deserve to finally get their rights with the overthrow of the regime.