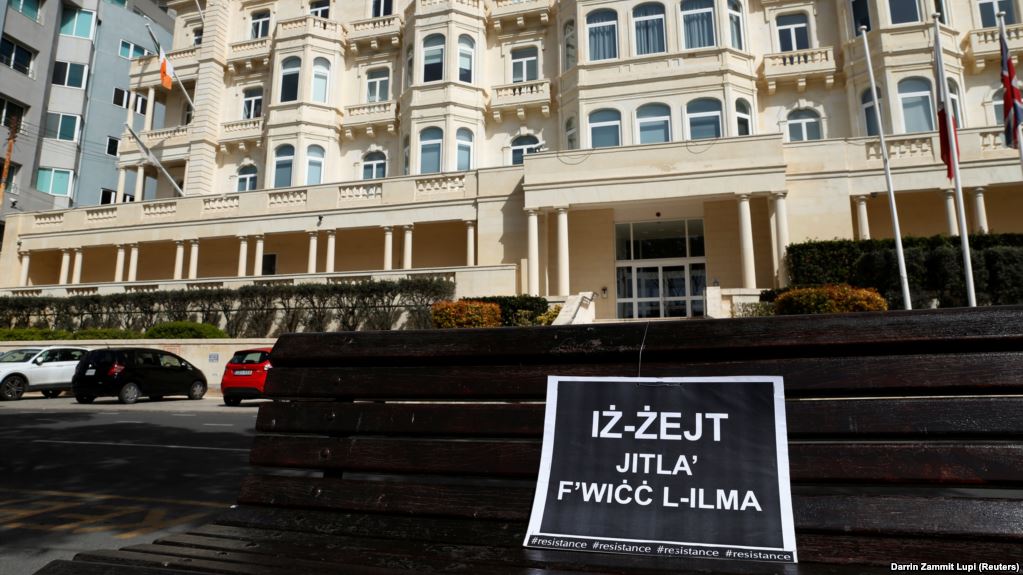 by Atousa Pilger
Ali Sadr Hashemi Nejad, a thirty-eight-year-old Iranian who is the chairman of Pilatus Bank – a bank that is registered in Malta, was arrested on US charges regarding his involvement in a scheme that was set up to evade US-imposed sanctions.
It has been alleged that the scheme involved over $115 million being funnelled through the United States’ financial system for a Venezuelan construction contract.

Sadr was arrested on Monday this week and he was charged in Manhattan on a six-count indictment that was filed in federal court. His arrest happened in Dulles, Virginia. Court papers indicate that he played a role in a complex sanction evasion scheme. Some of these counts include violation of the International Emergency Economic Powers Act and conspiracy to defraud the United States.
On Tuesday, federal prosecutors said that the accused’s family was in charge of Stratus Group, an Iranian conglomerate that operates internationally. It was through business endeavours that the group was involved in a construction contract that had the aim of building thousands of dwellings in Venezuela.

Venezuela and Iran had agreements from more than a decade ago stipulating the cooperation between both governments in the construction of lodgings in the country.
According to the indictment, the company “Iranian International Housing Corporation” was incorporated by Stratus Group and in 2006 it took a deal worth almost $500 million with an energy company in Venezuela to build thousands of housing units.
Sadr’s role in the project was to oversee the contract. The federal prosecutors said that Sadr deliberately took action to evade US sanctions by masking the role of Iran and Iranian entities in payments that were passed through the American banking system.
The prosecutors said that the accused used foreign bank accounts and a complex network of front companies “to mask Iranian business dealings in Venezuela and evade U.S. sanctions”.

Iranian International Housing Corporation received payments totalling $115 million from the South American energy company via Turkish and Swiss entities so that the Iranian link to the payments were hidden.
Pilatus Bank previously made headlines when it was accused by Daphne Caruana Galizia (the Maltese journalist who was later murdered) of money laundering and participating in corrupt political activities. The journalist had also accused Sadr of having an involvement too.
In a similar case, US prosecutors are calling on a federal judge to sentence Mehmet Hakan Atilla, a Turkish banker, to twenty years in prison after he was found guilty of aiding Iran bypass sanctions.

This case has resulted in tensions between the United States and Turkey, and the Turkish President Recep Tayyip Erdogan has renounced it as a politically motivated attack against the Turkish government.
President Donald Trump warned that he will stop wavering sanctions on Iran if the European signatories of the deal do not address the numerous flaws in the nuclear deal. He said that Iran’s ballistic missile program must be addressed, and France, Germany and the United Kingdom have submitted a proposal but it is facing resistance from other EU members that are reluctant to act.