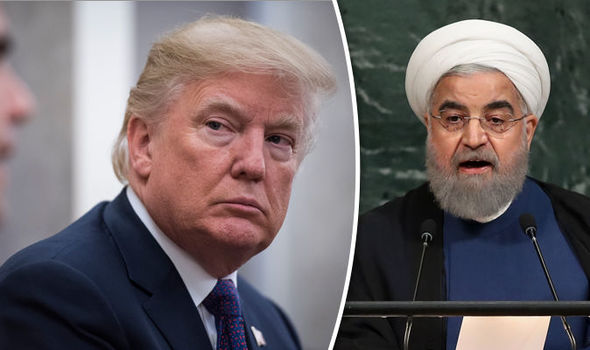 The relationship between President Trump and the 2015 Iran nuclear deal has been a rocky one. During the election campaign, Trump spoke very negatively about the nuclear deal and said that he would scrap it if he took office. He has not scrapped it so far, but then again, he didn’t promise to do it immediately.

So far, he has been tougher. He has been tough with sanctions and he has not let anything slide with regards to Iran’s behaviour.
Last year, President Trump, despite being strongly advised not to by many politicians and leaders, went ahead and decertified the nuclear deal.
The president explained that he could not certify that Iran was in compliance and he could not confirm that the deal was working in line with the national security interests of the United States.

A few weeks ago, the US president gave Iran and Europe one more chance. He said: “This is a last chance. Either fix the deal’s disastrous flaws, or the United States will withdraw.”
Some have said that by extending the agreement between Iran and several world powers, Trump is going back on a campaign promise, but others argue that he is giving each of the parties a chance to make the deal a solid one. The one it should have been in the first place.

Sen. Ted Cruz, R-Texas, although he said he would have scrapped the deal sooner, is confident that Trump is taking the right approach. However, he is concerned that Congress will not get to making any improvements to the weak and quite frankly outrageous verification process that gives Iran time to dispose of evidence relating to any illicit nuclear activity.

Cruz said: “I am quite sceptical that this deeply divided Senate will be able to pass anything significant that puts real teeth in the deal. And so I think we are inexorably on the road to terminating the agreement, which I believe would be in the national security interest of the country.”

Speaking about the possibility of regime change in Iran, Cruz said: “It is hard to think of anything that would have a greater positive impact on U.S. national security, and indeed on safety and security across the globe, than seeing the Iranian regime be toppled.”

The people of Iran have been protesting against the corrupt leadership since the end of last month. The people want freedom, democracy and human rights and they know that there is no chance of this under the current regime’s rule.

Now it is up to the West to stand shoulder to shoulder with the Iranian people, just as President Trump is doing. The sooner there is regime change in Iran, the sooner the conflicts in the Middle East will fizzle out.