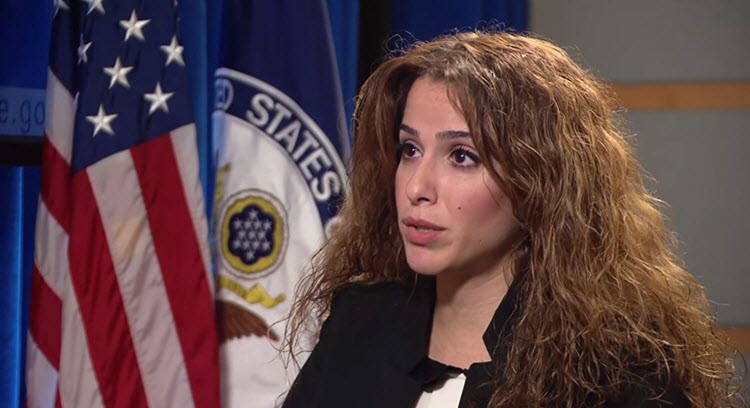 Sahar Nowrouzzadeh was the Iran director for the National Security Council (NSC) during Obama’s administration. She is now working at the State Department where she is in charge of Iran and the Persian Gulf region for policy planning. Nowrouzzadeh once worked for a supposed Iranian regime lobbying group and was once employed by the National Iranian-American Council (NIAC) – the non-profit organisation that lobbies for the Iranian regime.

The current president of NIAC is Trita Parsi – someone who has strong links with top officials of the tyrannical regime controlling Iran. Last month, more than 100 well-regarded and respected Iranian dissidents called on Congress to carry out an investigation into the NIAC and its links to the regime in Iran.

Nowrouzzadeh was a key architect for the Iran nuclear deal. During the Obama administration she benefitted from a high-level position allowing her to be involved in meetings with the President, his Vice President and the Secretary of State. She will have been involved in the false narratives that the Obama tried to sell to the public in attempts to persuade that the deal was the right way forward.

The Iran nuclear deal has put the United States and its allies into danger. Iran was, and still is, the world’s number one state sponsor of terrorism, and it was given $150 billion dollars as a result of the deal that does not even restrict Iran from obtaining a nuclear weapon. In fact, experts believe that Iran now has the capability of deploying a nuclear warhead in the next ten years.

It is a mystery as to why Secretary Rex Tillerson has decided to keep a policy official from the previous administration, but it is clear that interests collide.