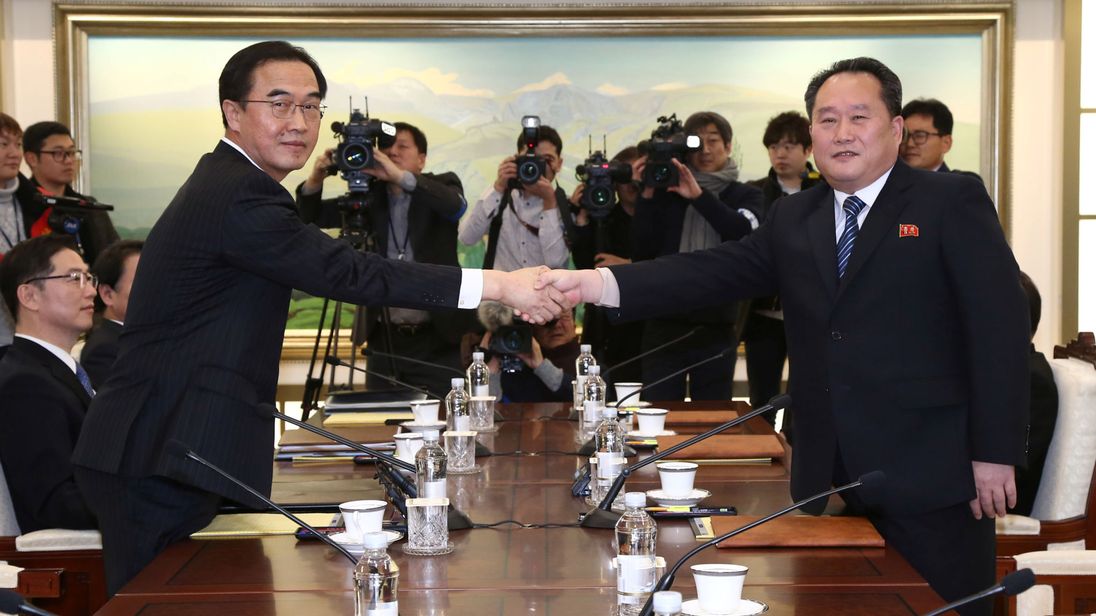 by Azita Carlson
An inter-Korean summit has been scheduled for April 27th. It is expected to be followed by a United States – North Korean summit in late May or June.

US Secretary of State designate Mike Pompeo’s successful meeting with North Korean leader Kim Jong-Un is credited for the sudden breakthrough. Pompeo’s success in his first diplomatic mission is a cause for optimism for American diplomacy.

This leads to speculation that the dispute with Iran could be similarly resolved, especially since Iran, unlike Korea, has not actually produced nuclear weapons, and has stated repeatedly said that it had no intention of doing so.

Friday’s summit at the Peace House in the village of Panmunjom in the demilitarized zone will be only the third such summit between the North and South since 1953. Last Friday, in a promising move, a hotline was connected between the two leaders for a direct dialogue. Officials from the two Koreas are discussing what to include in the draft agreement, as well as if it should be called it the “April 27 Agreement” or “Panmunjom Agreement.”

Many believe that normalization of relations began with North Korea’s participation in the Pyeongchang 2018 Winter Olympic Games, with the exchanges of art troupes and tae kwon do demonstration teams. Others think that Trump’s stand paved the way for the Pompeo’s accomplishment.

North Korea and the US appeared to be on a collision course just weeks ago. They threatened one another with missile attacks and a nuclear showdown. Pyongyang had tested several intercontinental ballistic missiles in 2017. These missiles were capable of carrying a “super-large heavy warhead” that put the US mainland within reach. Last September, it detonated a huge nuclear device that it claimed was a hydrogen bomb.

Trump retaliated by threatening North Korea with nuclear annihilation, and increased the US military presence in the region, as well.

President Trump tweeted, “North Korea has agreed to suspend all nuclear tests and close up a major test site. This is very good news for North Korea and the world — big progress! Look forward to our summit.”

“North Korea is expressing its intention for complete denuclearization,” said South Korean President Moon Jae-in. According to his national security office, Seoul and Washington are exploring ways to place a permanent peace regime on the Korean Peninsula to “formally end” the Korean War.

These developments are being hailed by South Korea as an “invaluable opportunity to accomplish denuclearization, the settlement of peace on the Korean Peninsula and the opening of a path toward common prosperity in the two Koreas,” adding they would “make a dramatic turnaround in world history.”

This situation is a starkly different one from where we were just weeks ago, but Trump has cautioned, “I think we’re going to be successful, but if for any reason I feel we’re not, we end.”

After signing the nuclear deal, the P5+1 hoped Iran would moderate its conduct in the region, but appeasing Iran has not produced the desired results. Perhaps the time has come to apply the same robust diplomatic approach that seems to be on its way to ending the Korean dispute.