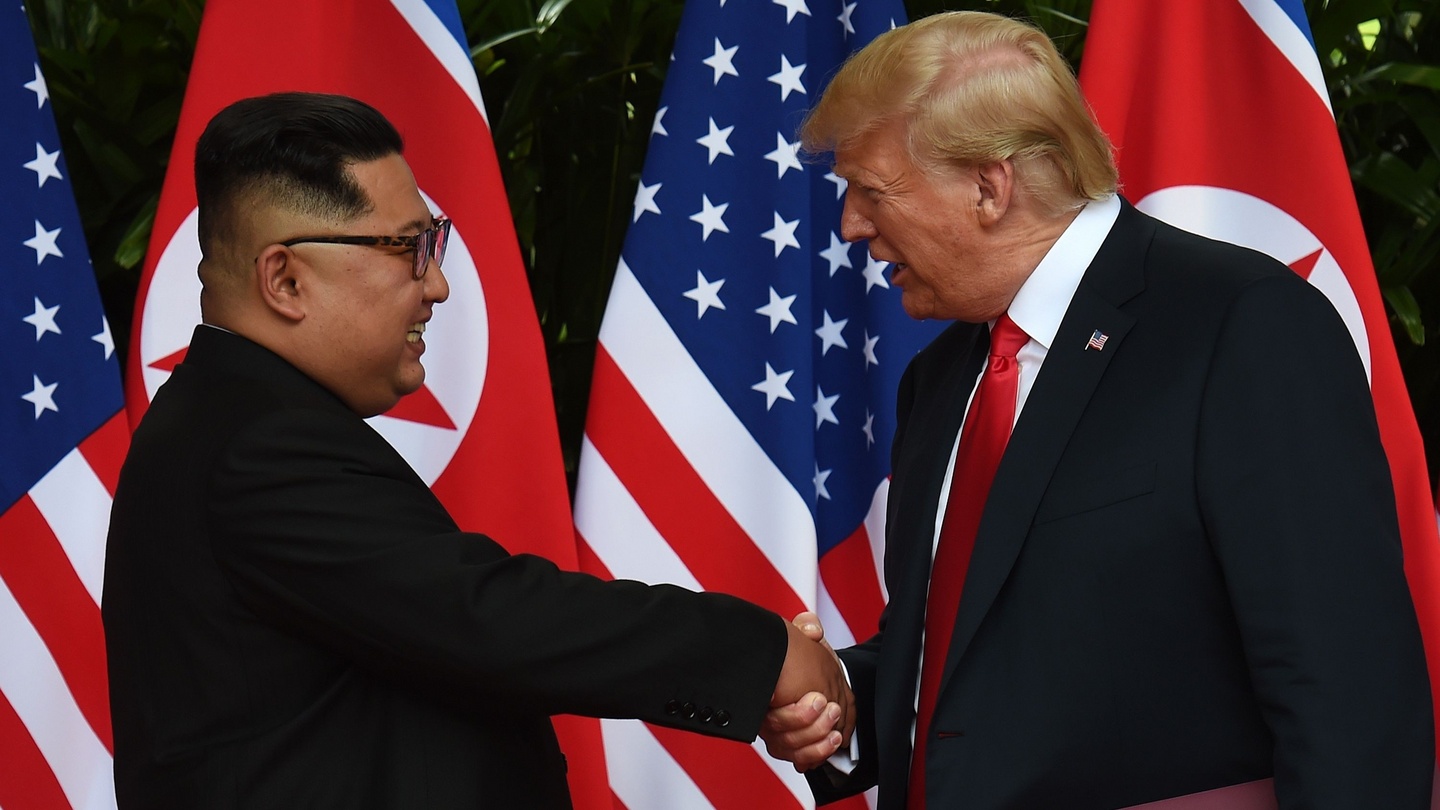 by Navid  Felker
The historic agreement between Donald Trump and North Korean leader Kim Jong Un is an opportunity for the US to ramp up pressure on the Iranian regime and its militias, according to Iranian-American political scientist Dr. Majid Rafizadeh.

Why? Because North Korea and Iran have a close relationship, specifically related to their nuclear programmes, where the Iranian Regime has long been dependant on North Korea’s technological capabilities and has often modified North Korean missiles or centrifuges to create their own.
The reason for the close relationship between the rogue states is that other countries with nuclear programmes have been unwilling to work with Iran, which is unsurprising given that the mullahs’ penchant for war.
Iran and North Korea have several governmental agreements about joint operations, including creating laboratories and exchanging nuclear technology, information, experts and scientists.
The Regime’s lobbyists have argued that there is no relationship between Iran and North Korea’s nuclear and ballistic missile programmes, but the evidence says differently. We know that Iran’s chief nuclear scientist, Mohsen Fakhrizadeh-Mahabadi travelled to North Korea to witness a nuclear test and that the UN Security Council has previously reported that North Korea markets its nuclear technology to other states.
Dr. Majid Rafizadeh, a leading expert on Iran and US foreign policy, wrote: “To address these concerns, Trump ought to make any deal with Kim be based on the condition that Pyongyang halts its nuclear activities with Iran’s ruling clerics. In addition, due to the long-term relationship between Iran and North Korea, Pyongyang can be a key source for obtaining details about Iran’s clandestine nuclear activities.”
After all, we need to know if Iran’s nuclear programme has a military dimension. Iran has denied this, but without independent assessment by the International Atomic Energy Agency, which Iran banned from their secretive Parchin military site, we cannot believe them. In fact, we have evidence from the Iranian Resistance that Iran does have a military nuclear programme.
Trump should withhold sanctions relief on North Korea until Kim reveals the true extent of Iran’s nuclear programme, and stops working with the Iranian Regime on ballistic missiles.
Dr. Majid Rafizadeh, who is also president of the International American Council, wrote: “Another issue is that, if North Korea is genuine about improving its ties with the US, it must refuse to join the Islamic Republic in promoting an anti-American agenda, destabilizing the region and promoting its militias.”
To be clear, the Iranian Regime will not stop any of its aggressive behaviours, even if sanctions are reapplied and North Korea tells all. However, if the US can decrease the amount of money that Iran has to spend on destruction and knows Iran’s nuclear secrets, this could slow the Regime down a lot.
Of course, the only way to stop the Iranian Regime is through regime change, something that will be a major topic at this Saturday’s Free Iran gathering.