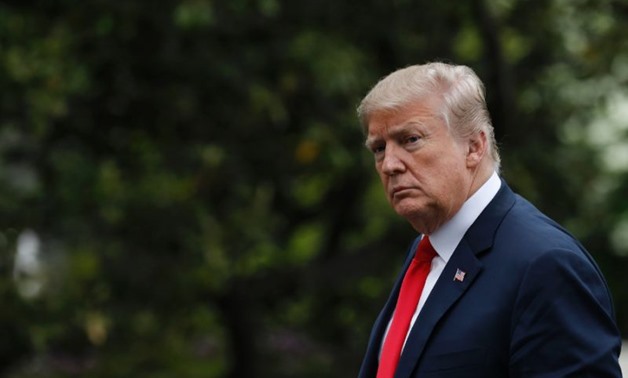 by Atousa Pilger
Many politicians across the US and the world have congratulated Donald Trump for his decision to pull out of the 2015 Iranian nuclear agreement on Tuesday.
The first to praise him were the members of his own party, with Speaker of the House of Representatives Paul Ryan calling it an “a strong statement”, but this praise quickly poured in from the US’s allies in the Middle East, like Israeli Prime Minister Benjamin Netanyahu who called it a “historic move”.

Following Trump’s announcement, Ryan, a Wisconsin Republican, said “From the beginning, the Obama-era Iran deal was deeply flawed. The president’s announcement [Tuesday] is a strong statement that we can and must do better. “Iran’s hostile actions since its signing have only reaffirmed that it remains dedicated to sowing instability in the region.

He continued: “I have always believed the best course of action is to fix the deficiencies in the agreement. The president is right to insist that we hold Iran accountable, both today and for the long term.”
Senate Majority Leader Mitch McConnell, a Kentucky Republican, said: “[I share] the objective and commitment made by the president that Iran should never be able to acquire or develop a nuclear weapon.”
This decision fulfilled a pledge that Trump had first made on the campaign trail in 2015, to tear up the “worst deal ever” and reimpose sanctions on Iran that had been lifted under the Iran deal.
In January, Trump issued a May 12 ultimatum over the fate of the nuclear deal encouraging US allies in Europe to fix the flaws of the nuclear deal, including the expiration of certain restrictions that could have seen Iran legally obtain a nuclear weapon by 2024. As they did not, he withdrew from the deal.
South Carolina Senator Lindsey Graham, a member of the Senate Armed Services Committee, said that Trump “made a strong and convincing case for this position” and that this action sent “a strong signal to the North Koreans”.

He continued: “With the mere passage of time, the deal allows Iran to enrich and reprocess uranium, without limitation, on its march toward a nuclear weapon. This would have required our Arab allies to develop a nuclear weapon of their own to counter the growing Iranian threat…The Trump administration is serious about denuclearization and will not support weak deals with loopholes.”
While Arkansas Senator Tom Cotton, another committee member, said: “Tough sanctions are a first step toward rolling back Iran’s campaign of terror, but it won’t be the last. If the ayatollahs rush toward the bomb, the United States must end the program once and for all.”

Many Republicans were also concerned that the previous deal did not go through Congress and hoped that Trump would put any new deal to constrain Iran through the proper channels.
Trump’s decision was also popular in the Middle East, with Netanyahu saying that remaining in the deal, was”a recipe for disaster, a disaster for our region, a disaster for the peace of the world”.
Netanyahu, who spoke out against the deal before Congress in 2015, said that Iran’s regional aggression was only growing and that they would attack Israel.
Saudi Arabia also issued a statement welcoming the decision, which read: “The kingdom supports and welcomes the steps announced by the U.S. president toward withdrawing from the nuclear deal.”