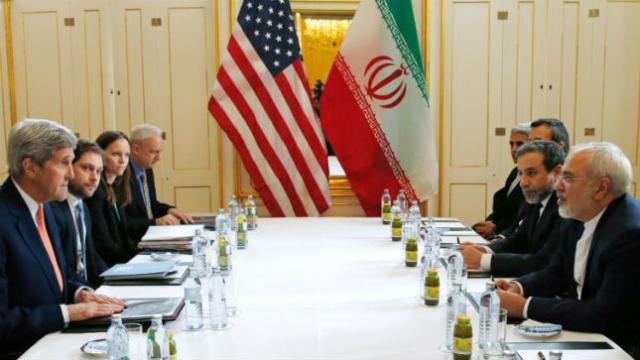 by Staff writer, SF
The Washington Post’s Glenn Kessler is one of the leading Washington correspondents, who has earned respect from Democrats and Republicans. Secretary of State Condoleezza Rice called him her favorite reporter. He runs the Post’s Fact-Checker blog for the past several years, where he has corrected his own mistakes when he’s been wrong.

However, according to author Lee Smith, in his article for The Tablet, Kessler misspoke when he tweeted at US President Trump last weekend.

Trump posted on Twitter: “Never gotten over the fact that Obama was able to send $1.7 Billion Dollars in CASH to Iran and nobody in Congress, the FBI or Justice called for an investigation!”

Kessler tweeted in response: “Has no one who works for Trump ever explained it was a legal settlement of money the Unites States owed Iran from before the 1979 revolution?”

Under Shah Mohamed Reza Pahlavi, the government of Iran put $400 million for military equipment into the Pentagon’s Foreign Military Sales (FMS) account. In 1981, after the 1979 Revolution, the regime filed a claim at The Hague to have that money returned. The $1.7 billion was described as that $400 million, plus and additional $1.3 billion that had accrued in interest. The White House stated that it had negotiated the sum down from $6 or $7 billion and had saved taxpayer money.

However, according to Smith, when Iran submitted its claim in 1981, the US filed an $817 million counterclaim for Iran’s violations of its obligations under the FMS program. “(W)ith both the claim and the counterclaim still pending, it was possible that Iran owed billions of dollars to the U.S., not the reverse,” explained Rick Richman in a 2016 Mosaic article.

As well, in year 2000, after American victims of Iranian terrorism had won judgments against the regime in American courts, President Bill Clinton signed a law, the Victims of Trafficking and Violence Protection Act. It said that Iran’s FMS account could not be refunded until court judgments held by the U.S. government against Iran for damages from terrorist acts against American citizens were resolved to America’s satisfaction.

The parent of one victim of an Iranian-backed terrorist group had discovered the FMS account. The Clinton administration opposed paying out of the FMS account, arguing that the $400 million was U.S. property, not Iran’s. Congress and the Clinton administration agreed on legislation directing the U.S. Treasury to pay the American holders of terror judgments against Iran for the amount of their compensatory damages plus 10 percent of their punitive damages, up to the amount in the FMS fund.

The terror judgments then became direct U.S. government claims against Iran to the extent the Treasury had paid them. The law included a provision to ensure that Iran would ultimately have to bear the cost of those payments: “no funds shall be paid to Iran . . . from the [FMS] fund until such subrogated claims have been dealt with to the satisfaction of the United States.”

Smith argues that by releasing those funds to Iran, the American taxpayers covered the damages owed by Iran for its acts of terrorism against American citizens.

Richman says that the documents regarding the payment of Iran’s claim, should be released. “It’s hard to see why the Treasury Department has kept this information classified,” he said. “CIA director Mike Pompeo was involved in this issue when he was in Congress and knows there are many questions that Congress appropriately asked that have yet to be answered. Why doesn’t the Trump White House just release the documents so we can finally have some clarity.”

Glenn Kessler is an experienced and honest reporter, and readers count on the integrity of journalists like him. Perhaps he would agree that it’s time to release the documents regarding the payment of the Islamic Republic’s claim.