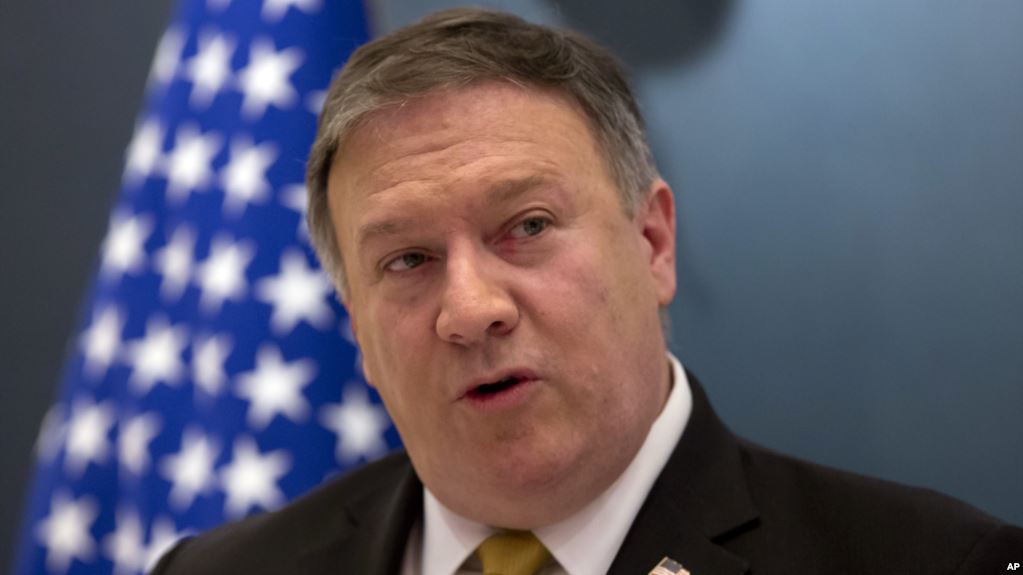 by Atousa Pilger
The US Secretary of State Mike Pompeo, on his first official visit, is urging the Gulf states to keep up cooperation and ease the economic tensions with Qatar. Pompeo is on a three-day trip to the Middle East to rally support and build up pressure against Iran with regards to the 2015 nuclear agreement.
Yesterday, he was in the Saudi capital Riyadh where he said that a strong front from the Gulf states is essential.

Saudi Arabia, the United Arab Emirates and Egypt stopped trading with the gas-rich Qatar after accusing it of helping terrorists and for being strongly connected to Iran.
The tension between the Gulf states is hindering the attempts to curb Iran’s influence in the region.

Speaking with reporters, the US Secretary of State said that the Gulf states and the US have a major problem with Iran and that he hoped the Gulf nations would put aside their differences and work towards curbing the Iran threat.

Iran is continuing to threaten the stability of the Middle East and it has, again, been behind the launch of further missiles into Saudi Arabia. The Houthi rebels in Yemen have fired Iran-made ballistic missiles into the kingdom showing that the war in Yemen is another urgent threat that needs to be resolved quickly.
The United States is taking the Iran threat seriously, unlike some European leaders who are reluctant to rock the boat with Iran. President Donald Trump warned that he would ensure that the US exits the 2015 nuclear deal if there are not satisfactory improvements to it. He has said that he wants the weaknesses to be strengthened and the sunset clauses removed. Furthermore, he has said that other issues such as Iran’s ballistic missile program must be addressed.

The deadline stated by Trump is 12th May, less than two weeks away. During his state visit to Saudi Arabia, Pompeo reassured the Saudi leaders that the President’s promise to withdraw is on track.
The day before this, Pompeo said during his trip to Brussels that it is unlikely that the US will remain in the deal unless something drastic changes.
The 2015 Iran nuclear deal was seen as former President Barack Obama’s major foreign policy achievement, but it was not accepted by everyone. Obama tried to sell the deal as being the only way to ensure that Iran’s nuclear threat is halted. He gave Iran so many concessions during the negotiations that it would be fair to say that Iran led the talks. But Obama claimed that treating Iran moderately would bring it back inline with what is expected of it.

This, however, never happened. Instead of seeing an improvement, Iran’s behaviour became more dangerous, aggressive and provocative and its anti-American rhetoric was still prominent. The nuclear deal emboldened Iran and represented a missed opportunity for the United States to deal with the threat. Furthermore, crippling economic sanctions were lifted, essentially giving Iran billions of dollars to fund its rampage across the Middle East.