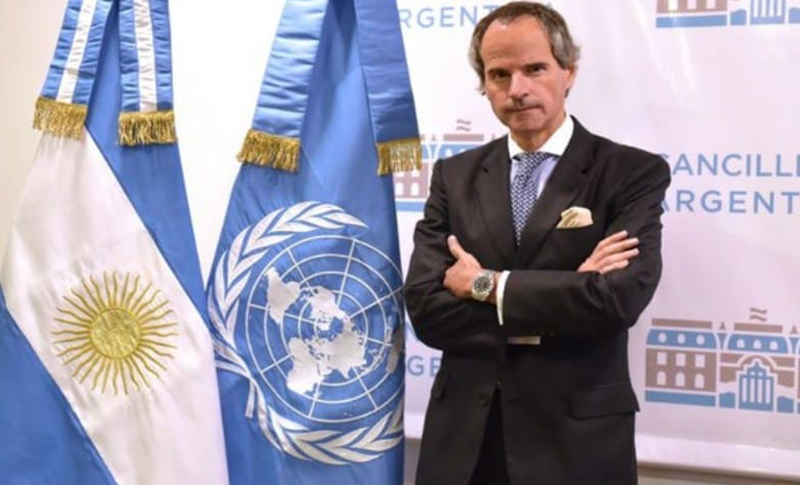 The National Council of Resistance of Iran (NCRI), and the People’s Mujahedin of Iran (PMOI / MEK Iran), reported that the International Atomic Energy Agency has reached a new provisional agreement with Iran, but the international community remains insistent about how insufficient to acknowledging just how inadequate such agreement is.

Grossi made a last-minute visit to Tehran

The agreement comes as IAEA Director General Rafael Grossi made a last-minute visit to Tehran ahead of a meeting of the IAEA’s 35-nation Board of Governors when Western nations were due to adopt a formal censure of Iran’s regime.

Despite the fact that the new agreement does not truly resolve anything, analysts and media outlets believe that the probability of such censure has substantially decreased as a result of Grossi’s efforts.

The agreement, according to the IAEA director

The agreement, according to the IAEA director, addresses the “most urgent issue” in terms of Iran’s nuclear operations being monitored.

Different observers may perceive the urgency of different concerns differently, and even Grossi’s previous words suggest that other crises may be far more pressing, even if the associated problems appear to be less imminent.

Grossi is said to have stayed focused on the idea of the IAEA being able to study current data from Iranian nuclear facilities at some time in the future throughout his visit to Iran. To that purpose, he got Tehran to agree to allow IAEA officials to do some long-overdue repairs on the equipment that was supposed to be gathering the data.

Expand a variety of the regime’s criminal actions

According to many experts, Iran’s new administration would likely expand a variety of the regime’s criminal actions, including nuclear-related activity.

The selection of Mohammad Eslami as the new head of Iran’s Atomic Energy Organization by Raisi supports such forecasts. The international community should be very concerned about Iran’s nuclear strategy under the Raisi administration as a result of Eslami’s rising prominence. Eslami takes over from an AEOI chief who boasted to Iranian state media about misleading the IAEA and devising “countermeasures” to avoid long-term compliance with the 2015 nuclear deal.

Supplemental Agreement to the JCPOA is required

Rafael Grossi’s support for the regime appears to reflect an unthinking acceptance of the ongoing efforts to save the Joint Comprehensive Plan of Action (JCPOA). However, given that he admitted in May that simply restoring the old deal would be insufficient.

He told reporters ahead of the release of the IAEA’s latest quarterly report, “Iran has accumulated knowledge, accumulated centrifuges, and accumulated material.” As a result, he added, an alternative or supplemental agreement to the JCPOA is required.

Yet, with the publishing of the agency’s most recent quarterly report, he appears to have reverted to an embrace of the Western signatories’ limited obsession on resurrecting the 2015 deal.

Uranium that has been enriched to 60%

The Iranian regime has now begun accumulating uranium that has been enriched to 60%, which is only a technical step away from weapons-grade uranium.

According to the most recent IAEA report, the quantity of that stockpile has swiftly expanded to 10 kg, and the regime is also continuing to produce uranium metal, a substance with almost no other use than as a crucial component in a nuclear bomb.

Of course, Iran’s dictatorship continues to deny that it is working on a nuclear weapon, but those denials are becoming increasingly implausible.

When policymakers have finished rejoicing at the latest ostensibly diplomatic breakthrough between the IAEA and Iran, a realistic assessment of the situation will undoubtedly find that not censuring Iran poses a higher risk than doing so.