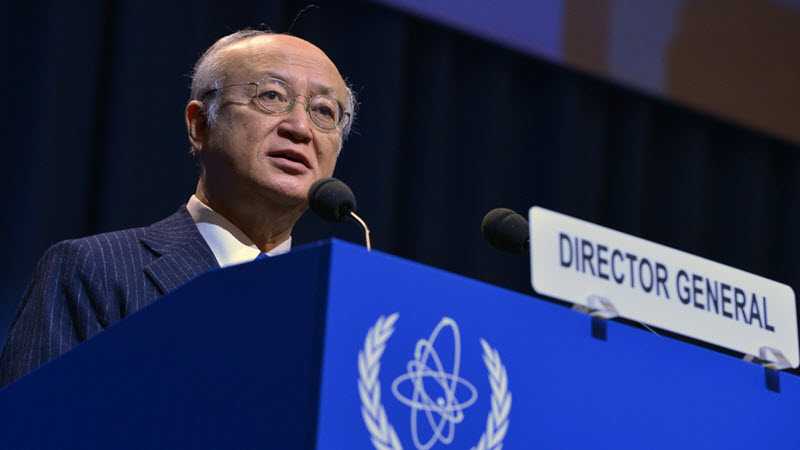 At the UN General Assembly last month, it was explained that Iran has a warehouse containing nuclear equipment and material; a revelation that came shortly after he produced an archive of files documenting the Regime’s illicit military nuclear research.

But the IAEA rejected his suggestion just one week later and this is far from the first time that they’ve failed to investigate possible Iranian violations discovered by Israeli intelligence.

They also refused to investigate in April, following Netanyahu’s release of the Regime nuclear research archives. He subsequently made the material available to independent weapons experts and selected journalists, including the Wall Street Journal, which assessed that the documents showed details about Iran’s nuclear weapons programme that international inspectors were “unaware” of.

Even though the IAEA is tasked with monitoring Iran’s compliance with the 2015 nuclear accord, there have been at least two occasions when the agency has acknowledged that they are unable to do so. In 2017, the IAEA reported that they do not have the tools to verify if Iran is conducting “activities which could contribute to the development of a nuclear explosive device”, which means that the accord is not fully implemented.

This is a huge blow to trust in the accord, which President Obama said could not possibly be cheated.

One of the major problems is that Iran did not provide the IAEA with a full declaration of its past nuclear weapons-related activities, meaning that the agency could not verify that the system had been completely dismantled. These gaps in the IAEA’s knowledge raise questions about the true extent of the nuclear programme and how dangerous it is.

Some defenders of the nuclear deal insist that the US is wrong to impose sanctions on Iran because the IAEA says that the Regime is complying with the deal, but how can it be if the agency knows nothing about the Regime’s programme?

Joshua S. Block, a former Clinton administration official and spokesman at the State Department’s USAID, wrote on The Hill: “There is a lot that we don’t know about Iran’s nuclear program. There is a lot we will be unable to know because the deal has too many holes, and the IAEA is unable — or unwilling — to address them.”