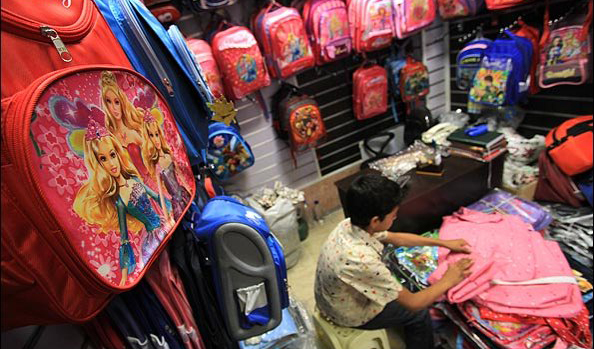 SF – With the schools opening on September 21 in Iran, reports say that school bags with markings and pictures of the popular western doll Barbi has been a hot selling item.

The Items are usually with very low quality and are imported from East Asia.

Hardliners in Iran complain that such markings do not adhere with Iranian regimes strict fundamentalist culture that it continues to impose on the Iranian people.

A report in an Iranian hard-line website complained that printing such pictures of Barbi and other cartoon characters that are favored by Iranian children, is damaging to religious values of the country.

They also complain that since the items are imported into the country, they are damaging to the economy as well.

Regime officials in Iran have for many years been complaining about the low quality imported goods from countries such as China, but nothing has ever been done to stop the import.