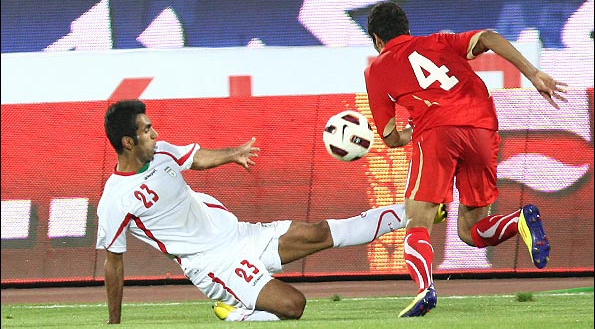 In the same Group earlier the Iranian team has tied a game with Qatar and also had a victory over Indonesia’s national team.

“Victory with 6 points is a special result and shows Iran’s highly powerful football capabilities,” said Iran’s Coach to reporters and added, “I have to thank the Iranian football fans present in the stadium as they tried for 90 minutes with all their power so we could have this victory.”

Queiroz also added that his players followed his directions well and were wonderful and in control.  “We wanted three points from this game and we were able to achieve that,” he said.

FIFA had appointed a security expert to observe the “high risk” game as it was played amid rising tensions between the two countries.

In an earlier game this year between Iranian Piroozi team and Saudi’s Al-lttihad, Iranians fans in the stadium chanted slogans against the Saudi’s and clashed with the police.  The Iranians blame the Saudi’s for a crackdown on Bahraini protesters in what is come to be known as Arab Spring.