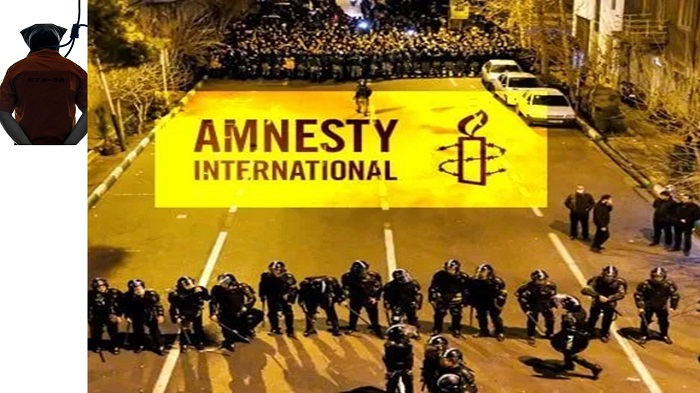 Amnesty International released its annual report on the state of human rights around the world on March 29. This comprehensive report, which spans four pages, sheds light on Iran’s appalling human rights situation under the ruling theocracy.

Apart from addressing the Iranian regime’s systematic human rights violations, such as the country’s high rate of executions per capita and the use of torture to extract confessions from detainees, Amnesty’s report also mentions the Iranian regime’s worst crime against humanity. Over 30,000 political prisoners were executed in the summer of 1988. The majority of them were members and supporters of Iran’s People’s Mojahedin of Iran (PMOI/MEK).

The MEK and its progressive interpretation of Islam were seen by the Iranian regime’s then-supreme leader, Ruhollah Khomeini, as a serious threat to his rule and ideology in 1988. As a result, he made the decision to eliminate anyone who refused to submit and chose fate over faith.

The report focuses on Ebrahim Raisi’s rise to the presidency while he is a known perpetrator of the 1988 genocide and played a key role as a member of the so-called “Death commission” during that tragic event.

“In Iran, instead of being investigated for crimes against humanity related to the mass enforced disappearances and extrajudicial executions of 1988, Ebrahim Raisi rose to the presidency,” the report says.

Raisi’s election to the presidency, according to Amnesty International, reflects Iran’s “systemic impunity.” The report also mentions the regime’s unprecedented electoral boycott of the regime’s rigged presidential election in June, which resulted in Raisi’s victory.

In December 2020, seven UN human rights experts, including Callamard, raised the issue of impunity in Iran.

“Those who ordered and carried out extrajudicial executions and enforced disappearances enjoy systemic impunity,” the UN experts wrote.

The Iranian regime’s attempts to destroy evidence of the 1988 massacre, including the desecration of mass graves, are also mentioned in Amnesty’s annual report.

According to the organization’s report, “authorities prevented Baha’is from burying their loved ones in empty plots at a cemetery near Tehran, insisting that they bury them between existing graves or at the nearby Khavaran mass grave site related to the 1988 prison massacres.”

The Iranian regime’s deadly crackdown on protesters during the major Iran protests in 2019 was also highlighted in Amnesty’s report, which obscured the true extent of this heinous massacre.

“The authorities continued to conceal the number of people killed during protests in November 2019, dismissing victims’ families’ complaints and praising security forces for the crackdown.” Security forces dispersed peaceful gatherings of relatives seeking justice throughout the year, beating and temporarily detaining them,” the report adds.

The renowned human rights organization mentions Hamid Noury (Abbasi), an Iranian prison official arrested in Sweden in 2019, in its annual report. “Under the principle of universal jurisdiction, Hamid Nouri’s trial began in August after he was arrested in Sweden for alleged involvement in prison massacres in 1988.”

The annual report from Amnesty International emphasizes the importance of holding the Iranian regime accountable for its human rights violations. The international community should apply the principle of “universal jurisdiction” to criminals such as Raisi.