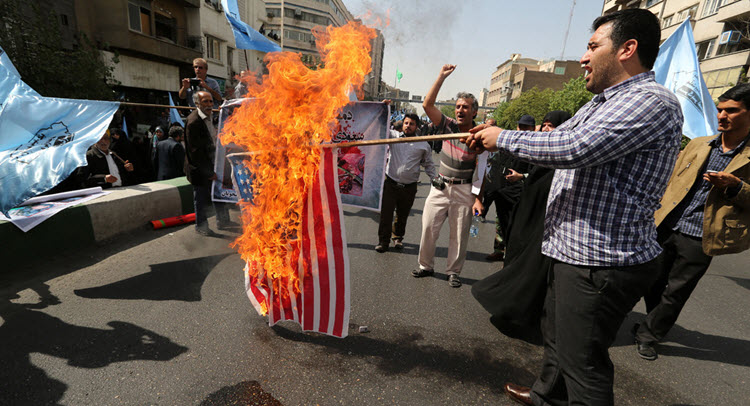 The Iranian regime has treated the Iran nuclear deal with less seriousness than required. One would imagine that signing an agreement with several world powers would not be taken so lightly. It is evident that the Iranian regime was looking for a quick fix to its serious financial problems when it signed the deal.

It has continually shown disregard for the terms of the deal and for international resolutions by test firing missiles and by continuing its murderous rampage throughout the Middle East, in Syria in particular.

Obama appeased Iran during his term as President. This did not stop the mullahs in their tracks. Appeasement was a failure and the current president, Donald Trump, has recognized this and vowed to change it. He recognized that the nuclear deal was weak and that it benefited Iran more than any other party.

Over the past few decades the Iranian regime had used, and continues to use, brutal methods to suppress resistance in Iran. This includes torture, imprisonment and execution. Since President Hassan Rouhani became the President of Iran there have been thousands of executions.

The international community has largely failed to react. Many believed that economic sanctions could force change in the country. They didn’t, but they did manage to get the regime to the negotiating table with Obama and other world powers.

Obama was convinced that he could make Iran become an ally of the US and together they would fight against other problems in the Middle East. He hoped this would be his great legacy. But it was not to be.

The only result for the United States after signing the nuclear deal is that Iran agreed to curb its nuclear ambitions. But is this really a good result when it comes from a regime that has a history of lying and deceiving?

Iran’s influence in other countries in the region is getting greater. In Syria, Iran has managed to prop the Syrian dictator’s regime up for many years. Outside influence, mainly from Iran and its foreign proxies, has prolonged a war that would have ended years ago otherwise.

How can the United States end the negative influence of Iran? As a first step, it can hold the regime accountable for the horrific human rights violations that take place in the country. This also holds true for the human rights violations of the past. For example, the 1988 massacre in which around 30,000 political prisoners were killed. Failure to hold the regime accountable increases the risk of similar incidents happening in the future.

The people of Iran are the ones who are suffering the most as a result of the nuclear agreement. They have not benefited from the huge sums of money that have been freed up. When they voice their objection they are punished in the cruelest of ways. Families and lives are destroyed. The NCRI (National Council of Resistance of Iran) has been a source of hope for the Iranian people. It is working towards a peaceful, non-nuclear Iran where human rights are given back to the people.

NCRI members devote themselves to raising awareness about the realities of Iran with the end goal of getting rid of the murderous regime and establishing a democratic Iran.