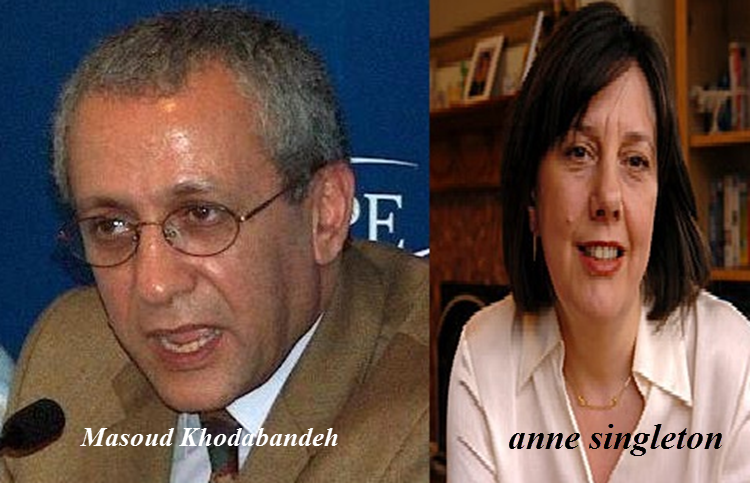 Of the news reports that gained attention in 2016, many turned out to be marred with false information. This is a major threat to the dissemination of true information to U.S. citizens.

Much of it “lies in the existence of suspicious figures sent by foreign countries for the purposes of espionage and influence over U.S. foreign policy,” says Col. Wes Martin (US), former Anti-terrorism/Force Protection Officer of all Coalition forces in Iraq. He writes in his February 12 article for The Hill that “Iran is a prime example.”

Iran’s golden age ended with the inauguration of President Trump. The Tehran loyalists no longer have access to the U. S. State Department and the National Security Council.

“But this does not mean Iran’s network of spies and agents in the U.S. are going to stop spreading misinformation,” says Martin, “It simply means the primary means of influence has been relegated back to mainstream and social media.”

He says that if left unchecked, it’s a serious problem that deserves due attention. “As someone who had to deal with the threat of terrorism firsthand, I appreciate the significance of such due vigilance.

A prime example of Iranian infiltration comes in the form of Masoud Khodabandeh. He introduces himself as the ‘director of Middle East Strategy Consultants.’  As such, he published nine Huffington Post articles in 2016.”

According to the MEK, regime change is needed in Iran, as Tehran remains the main source of Islamic fundamentalism and is the number one state sponsor of international terrorism. The MEK is committed to establishing a democratic government in Iran, one based on the separation of church and state. Therefore, the extremist government in Tehran has good cause to be concerned about the MEK.

The Pentagon commissioned a report that was released by the Library of Congress.  An alarming look into the operations of Iran’s Ministry of Intelligence Services (MOIS) right here in the United States, is presented. “MOIS recruited former members of the (People’s Mujahedin of Iran) in Europe and used them to launch a disinformation campaign against (PMOI),” the report reads.

Massoud Khodabandeh and his British wife, Anne are among those named in the Pentagon report. They were recruited by the MOIS in the mid-1990s and used as assets against the opposition before it launched the ‘Iran-Interlink’ website explicitly under Tehran’s orders.

Lawmakers and reporters who hold positive views of the Iranian opposition are victims of  character assassination by the MOIS, with the aim to silence them.  In hopes of allowing the Iranian regime to remain intact, the Iranian intelligence service also seeks to employ such individuals to influence U.S. and European foreign policy. The efforts of Khodabandeh’s wife were directed at a British politician through Iran’s MOIS, in an attempted to demonize and silence him.

Anne Singleton is the co-author of many of Masoud Khodabandeh’s articles for The Huffington Post. She accused Lord David Alton of receiving money from the PMOI/MEK in exchange for supporting the Iranian opposition in a letter penned on the Iran-Interlink site.  However, Singleton had no evidence for her allegations.

A lifelong advocate of human rights in the British Parliament, Lord Alton, is a professor at Liverpool’s John Moore’s University who has received many honors.  He was recently awarded the St. Thomas More Religious Freedom Award for his commitment to Article 18 of the Universal Declaration of Human Rights.

Martin writes, “In 2014, iSight Partners uncovered a three-year espionage campaign, originating in Iran, that used an elaborate scheme involving a fabricated news agency, fake social media accounts and bogus journalist identities to deceive victims in the United States, Israel and elsewhere.”  He adds, “The Middle East Strategy Consultants seemed bogus from the onset and an investigation of its public records reveals it existed for a very short time before dissolving in 2013. The Huffington Post continues to name Masoud Khodabandeh as the entity’s director.”

As reported by Stand for Peace, a Jewish-Muslim interfaith organization, all websites used by Khodabandeh, such as mesconult.com, Iran-Interlink and khodabandeh.org are hosted by Ravand Cybertech, an entity run by the Iranian regime.

In point of fact, Khodabandeh’s profile in The Huffington Post introduces him as an advisor to the Iraqi government.  However, according to Martin, their relations with Iraq are merely the efforts by the Khodabandeh couple to legitimize the seven massacres carried out by Iran-backed Iraqi forces against MEK members in two camps outside of Baghdad — Ashraf and Liberty.  He says that the measures were directed by Danaie Far, Iran’s ambassador to Iraq and a former senior Revolutionary Guards Quds Force commander.

Former chief of the United Nations Human Rights Office in Iraq, Tahar Boumedra, explained that the Iranian embassy introduced Khodabandeh as an interpreter for the embassy in Iraq.

Additionally, many images of Khodabandeh have been posted on the internet showing him expressing gratitude to Iraqi military commanders who attacked MEK members in Camp Ashraf, leaving 36 killed in the process, as far back as in 2011.

“In 2010, a number of Iranian regime agents, introducing themselves as relatives to MEK members, installed 300 powerful loudspeakers around Ashraf with support provided by the Iranian embassy and Iraqi army. These loudspeakers were used to blare deafening sounds, insults and profanity into the camp, as part of psychological torture against the residents,” Martin writes.

This psychological torture was supported by Khodabandeh’s wife when she appeared at the scene, advocating the measures and taking photos of herself standing near the loudspeakers.

The time has come for America’s mainstream media to distance themselves from people like these individuals, who are supporting a regime who is said to be the world leading state sponsor of terrorism, with the highest per-capita rate of domestic executions.  The American should not to be misled by the false information provided by them.