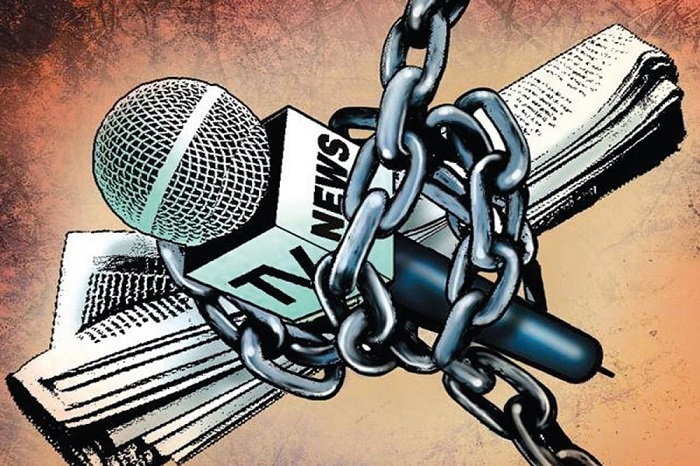 According to reports from Iran, a state-affiliated journalist was detained for allegedly insulting the Friday prayer leader of Karaj, located west of Tehran. Because her daughter had spent time in upscale parts of Tehran, Mohammad-Mehdi Hosseini Hamedani chastised a member of Karaj’s city council. Mahyar Taghikhani, a state-affiliated journalist, asked whether Hamedani would act if her daughter did the same.

This prompted Hamedani’s office to file defamation charges against Taghikhani, which led to his incarceration. The journalist was sentenced by the regime’s judiciary under Iran’s “Blasphemy Law.”

The arrest of Taghikhani caused a stir within the regime, forcing Hamedani to deny pressing any charges against the journalist. However, he defended Taghikhani’s detention. “The judiciary did a good job,” he said on May 20, as per state-run Aftabnews. “It should continue to implement the law rigorously based on the related information.”

Arresting journalists, even those with ties to the regime, is nothing new in Iran. According to the latest Reporters Without Borders report, Iran ranks 178 out of 180 countries in terms of press freedom under the mullahs’ regime.

“Since 1979, the Iranian regime has arrested, detained, murdered, disappeared, or executed at least 1,000 journalists and citizen-journalists,” the report adds.

Anyone who takes a step toward the truth or exposes the mullahs’ crimes and kleptocracy is apprehended by the Iranian regime. Thousands of people have been expelled on the grounds of “blasphemy” and “spreading corruption on earth.” Many more are serving long prison sentences and being subjected to various forms of torture.

The Iranian Resistance recently revealed damning documents from Iran’s Prison Organization, including the number of people imprisoned on political charges. Prisoners imprisoned for their political and ideological beliefs are sentenced to harsh sentences for insulting the regime’s top officials, such as Supreme Leader Ali Khamenei, according to this list.

Dissidents and anyone daring, to tell the truth, are routinely imprisoned and mistreated, leaving no room for genuine and unbiased “journalism.” Those who attempt to fulfill their journalistic mandate will perish. Zahra Kazemi, an Iranian Canadian journalist, was detained in 2003 and tortured to death after attempting to photograph families of Evin detainees.

Reyhaneh Yasini and Mashhad Karimi, two environment reporters, died in a car accident en route to northwest Iran. The bus carrying two journalists was sabotaged while they were researching an environmental issue related to Revolutionary Guards projects in northwest Iran, it was later revealed.

The current generation of Iranian “journalists” are “willingly” working for the regime and are part of Tehran’s “ministry of truth.” The crimes of the mullahs have been whitewashed. Due to mounting social pressures, they are now acknowledging a part of the country’s realities.

Ameneh Sadad-Zabih-pour and Ali Rezvani, two Iranian state television hosts, are notorious for extracting false confessions from dissidents on air. The US Treasury Department sanctioned the “Islamic Republic of Iran Broadcasting (IRIB), the state broadcasting umbrella group, as a human rights abuser” in February 2013. The IRIB is “involved in censoring multiple media outlets and airing forced confessions from political detainees,” according to the sanctions. 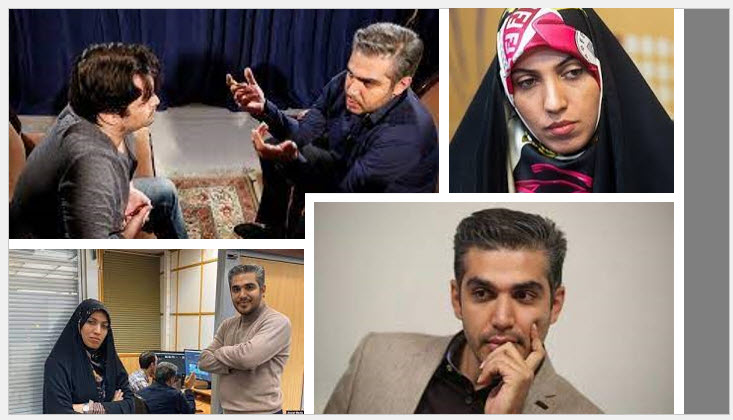 Ameneh Sadad-Zabih-pour and Ali Rezvani, two Iranian state television hosts, both are torturers and notorious for extracting false confessions from dissidents on air.