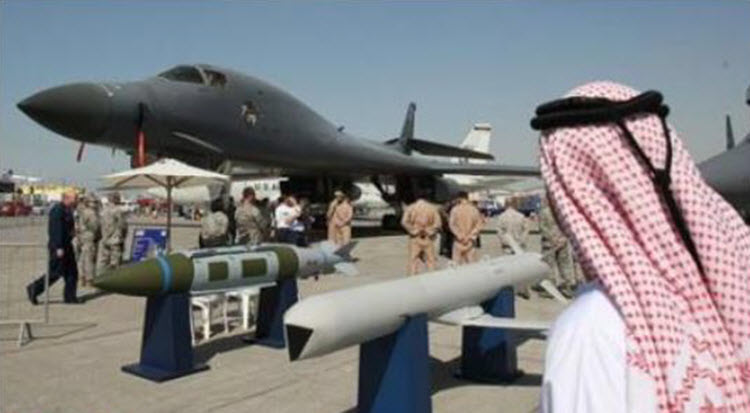 The history of the region for roughly the past 100 years is made up of changing camps and shifting alliances, so and the rhetoric about the idea of proposing an Arab quartet NATO will be a normal reaction against Iran’s active tripartite alliance.

Discussions about the Arab military alliance allege that it resembles the North Atlantic Treaty Organization (NATO), established in the wake of Soviet expansion. NATO was the western military power that confronted the Soviet Union during the Cold War.

Can Saudi Arabia, the UAE, Egypt and Jordan establish a joint military power that will confront Iran’s expansion, with its presence in Iraq and Syria, and its influence reaching toward Lebanon and Yemen?

Allied for a long time, these four Arab countries participate in the Yemen war in varying degrees. The UAE’s army fights alongside the Saudi troops on the ground, while Jordan has strong military ties with all three countries. Still, this cooperation cannot be viewed as similar to NATO in its concept and commitments.

During the past eight years there has been major political vacuum and imbalance in the regional military power in our region. This imbalance worsened with the decline of US’s commitments to the region, and its signing the nuclear deal with Iran. The deal represents reconciliation between the two countries. This resulted in Iran’s expansion inside Iraq, its engaging in Syria and forming an army of militias, which it sent to Syria. By supporting the coup, Iran is also trying to keep the war ignited in Yemen.

These talking points come from Abdulrahman al-Rashed, the former General Manager of Al Arabiya News Channel, in his article for Al Arabiya.

He goes on to say that, “What is being said about the proposed Arab NATO cooperation with Israel is just perceptions that precede the alliance, which hasn’t been formed yet. Even if we assume this is true, the cooperation, if it remains a secret, will be limited and it will not be possible to count on it, and adds, “Israel is usually present in the region’s disputes even if its presence is limited and silent. It is present in Syria’s war, once shelling Hezbollah’s targets, another attacking ISIS groups, and it sometimes supplies different parties with information that helps them.”

If an Arab NATO or Arab quartet becomes a reality, it will not be a secret project as recent reports have suggested, it will be made public, because military cooperation is a good idea and a necessary step. The establishment of an alliance to confront Iran is essential to respond to its military alliance that includes Iraq and Syria, according to al-Rashed.

Iran has allied with Russia, who has a military base in Iran, he adds, and says, “The Russians strongly participate in the war in Syria alongside this Iranian alliance. Tehran has strengthened its alliance by bringing armed militias from Pakistan, Iraq, Lebanon and other countries into Syria and they are fighting there under its banner.”

Iranian forces, calling themselves “experts”, are fighting in Iraq and to some extent manage the conflict there. al-Rashed says, “Therefore, establishing an Arab NATO, even if achieved, remains a natural reaction to Iran’s Warsaw pact.”