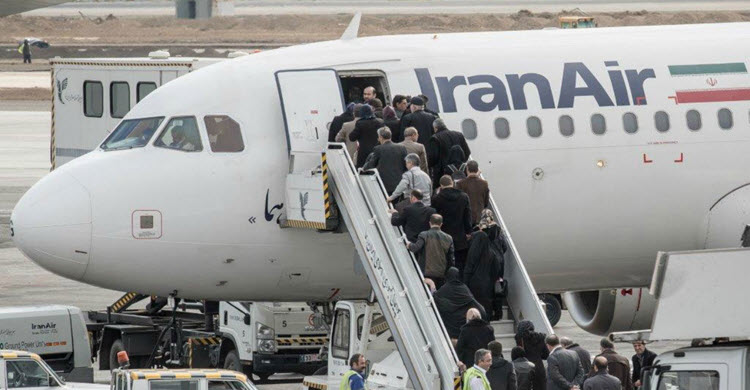 Congress has just introduced a new bill that could put a stop to the business dealings between Iran and aircraft manufacturers Boeing and Airbus. This bill is set to challenge Trump’s administration just as he comes into office.

Republican Member of the House Peter Roskam introduced a bill last week that will instigate an investigation to be carried out by the new administration’s Director of National Intelligence into the national airlines of Iran including Iran Air.

If any of the country’s airlines have any links to the (IRGC) Iranian Revolutionary Guard Corps or any other terrorist organisation then the airline would be put on the US sanctions list. This would prevent the airline from receiving not just new aircraft, but also any parts made by the US. This means that the sale of jets from Boeing to Iran would be frozen.

Only last week Air Iran received the first 100 jets that it had ordered from Airbus. Eighty aircraft were supposed to be delivered to Iran from Boeing in 2018.

The country is in desperate need of new jets. The current commercial aircraft is dilapidated and has been left after years of sanctions from the West.

Although it is too late for the Airbus jets that have already been delivered, it does however mean that Iran will not be allowed to receive spare parts or maintenance. If Air Iran was to gets parts or maintenance outside the country, the provider would be prevented from doing future business with the US.

The second largest airline in Iran – Mahan Air – is banned from buying Western aircraft and parts for helping the country’s military. It is also still on the sanctions list.

In January 2016, the Obama administration removed Iran Air from the U.S. sanctions list. This was one of the concessions the US made to attempt to persuade Iran to put a halt to its nuclear program. This then meant that Airbus and Boeing had the green light for multi-billion dollar sales to Iran.

There was tremendous uproar to this action because it was done for political reasons so that the Iran nuclear deal could be settled. There was also no evidence to say that Iran Air was no longer supporting the military or terrorist organisations.

Peter Roskam objected to this, but the Treasury Department explained to him in a letter last year that there was a review of the company’s activity in which Iran Air had been cleared of sanctions and everything was consistent with the US’s “national security and foreign policy goals”.

Last year Roskam had tried to introduce a bill like this one. The Senate, however, did not act despite it being passed by the House. Now the Republicans are in control of Congress and Trump has been openly critical of the Iran nuclear deal.

When approached for comment regarding the new bill, Boeing declined to comment. It has said in the past that it would follow the lead of the US government regarding its business dealings with Iran.