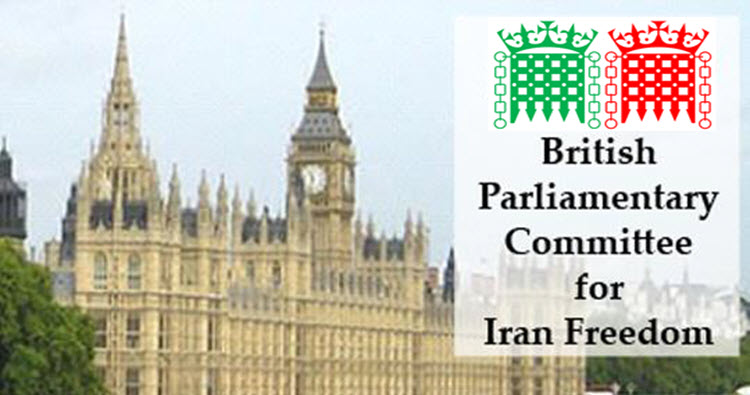 The National Council of Resistance of Iran (NCRI) has published a press release by the British Parliamentary Committee for Iran Freedom (BPCIF) on their website. The press release calls for Ms. Federica Mogherini, the European Union Foreign Affairs Chief, to cancel her imminent trip to Iran taking into consideration the abysmal human rights record of the regime.

In the press release, British parliamentarians expressed their regret that Ms. Federica Mogherini has planned a trip to Iran on 16th April 2016 despite the “execution spree” that is continuing in the country. They believe that it is “highly inappropriate” for Europe’s most senior official on foreign affairs to plan a visit to a country that has such a horrendous reputation and record in not just domestic repression, but destructive policies in other countries in the region.

They highlight that the so-called “moderate” president, Hassan Rouhani, has allowed almost a thousand people be executed in Iran in the last year alone. This included not only adults, but minors too. They emphasized that at least 47 journalists and social media activists have been detained this year according to reports compiled by the UN Special rapporteur for Iran and Amnesty International.

The BPCIF also drew attention to the regime’s support for terrorist groups in the region and their destabilising actions. The regime is moving forward with their missile programme despite concerns from the region and abroad.

The MPs warn that the EU “should not allow itself to be deceived by Rouhani’s charm offensive and his unfulfilled promises of ‘moderation’ and instead pay close attention to the bellicose rhetoric coming out of Tehran”. For example, the supreme leader of Iran – the person that holds all the power, recently declared that the regime’s future is in missiles, not talks. He further emphasised his position by saying that anyone who thinks negotiations will move the country forward, as opposed to missiles, is either “ignorant” or a “traitor”.

The BPCIF called it a “mistake” to separate human rights concerns from the nuclear talks. The regime’s actions (in Iran and abroad) since the nuclear deal last summer is proof that concessions are not an incentive for the regime to modify their behaviour. They asked for lessons to be drawn from the past mistakes – namely not ignoring the human rights abuses in the country and taking into account the regime’s role in the region with regards to terrorism and Islamic fundamentalism.

They highlight the danger in trying to “boost economic ties” with the regime in Tehran – these European officials are allowing the regime to “present itself as the representative of the Iranian people instead of their oppressors”.

In order to right this policy, the BPCIF recommend that Ms. Mogherini cancels her planned trip to Iran. They also recommend that she publicly names and shames the Iranian officials involved in human rights abuses and destabilising activities in the region, as well as urging them to put a stop to this “unacceptable behaviour”.

The BPCIF have said it is imperative for the reopening of relations with Iran to be “contingent upon concrete and verifiable human rights improvements, including an immediate stop to executions, torture and persecution of activists and dissidents”. It is also important that the regime adheres to the UN Security Council resolutions regarding the missile programme and the situation with the Assad regime in Syria, the terrorist group Hezbollah and Shi’ite militias in Iraq and Yemen.