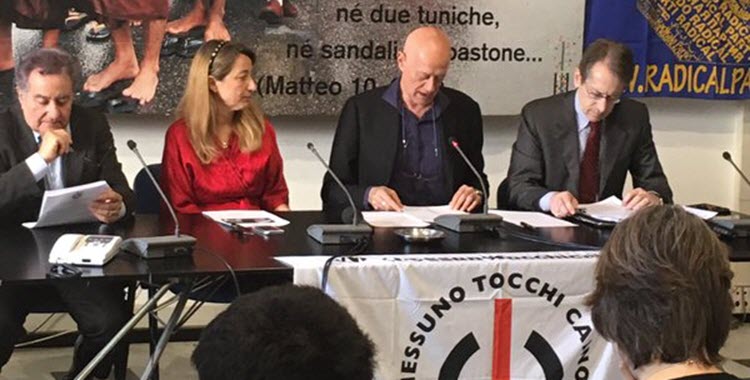 As the Italian Prime Minister Matteo Renzi was preparing to visit Iran, the Iranian Resistance called for the cancellation of his visit. In an article on the National Council of Resistance of Iran’s website, they state that they are concerned that the terrorist and religious dictatorship ruling Iran is going to use the occasion to “step up human rights violations and export of terrorism and fundamentalism”. After all, the regime has a history of using such visits against the interests of not just the Iranian people, but also against “peace and tranquillity in the region”.

Political prisoner and supporter of the People’s Mojahedin Organization of Iran (PMOI / MEK), Saleh Kohandel, currently imprisoned in the notorious Gohardasht Prison in Karaj in north-west Tehran, penned a letter of protest to Italian Prime Minister Matteo Renzi regarding his visit to Iran. In the translation of the letter (provided by the National Council of Resistance of Iran), he pleaded with the Prime Minister to think of the people of Iran, Syria, Iraq and Yemen, and to take into consideration human rights of the people, rather than being lured by “oil and dollars”. Kohandel said that as a political prisoner who has spent more than ten years in the regime’s prisons, he feels the need to inform the Prime Minister that he will be dealing with the “butchers of Iran who have taken 70 million people hostage” if he signs any treaties during his visit.

Another letter of protest was written by political prisoners in the notorious Gohardasht Prison in Karaj, north-west Tehran. The prisoners wanted to draw the Prime Minister’s attention to the “colossal crimes” the regime has been committing for many years. They said that the regime has usurped the wealth of the people, sold off the nation’s oil and riches and has treated the Iranian people with utmost disrespect. The people have been and still are flogged, tortured and executed in the most disturbing of circumstances and women have been splashed with acid for mal-veiling.

The prisoners called on the Italian Prime Minister to rethink his decision about visiting Iran so as not to tarnish his own reputation.