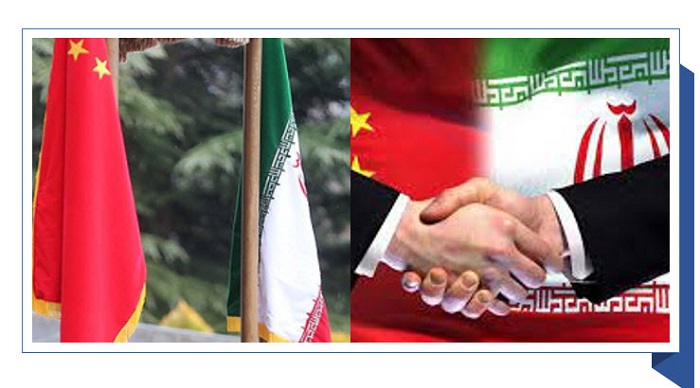 This was their only option for achieving a political and power balance with the world powers. In the meantime, the regime has been hell-bent on eliminating and demonizing its main adversary and rival, the People’s Mojahedin of Iran (PMOI/MEK) and the National Council of Resistance of Iran (NCRI), adding to the reasons for the regime to auction off the country’s wealth.

The West has not been the only one to benefit from the regime’s destructive economic policies. They were not alone in the world of diplomacy. To counter the sanctions and international isolation imposed on it as a result of its actions over the last four decades, and to gain votes in international meetings, the regime looked eastward to the powerful Asian countries.

Following the second tenure of the regime’s previous president Hassan Rouhani and the withdrawal of former US President Donald Trump’s administration from the JCPOA, the regime’s despondent supreme leader Ali Khamenei chose to increase their economic and political relations with the East under the banner of ‘Looking East,’ turning to ‘traditional partners such as China, India, and Russia’.

The first was Russia’s acquisition of the Caspian Sea in the summer of 2018 when the regime’s media declared that Iran’s share of the Caspian Sea had fallen from 50% to 11%. At that time, regime MP Mahmoud Sadeghi called it ‘another Turkmenchay’.

The second was the winter 2018 transfer of Chabahar port to an Indian company. Some regime officials, such as MP Nader Ghazipur, saw it as a disgraceful treaty akin to the Golestan and Turkmenchay treaties.

The third was a 25-year contract with China in 2020 that included an agreement to hand over Kish Island to this government, with some officials referencing the Turkmenchay treaty once more.

On December 19, the state-run Mardom Salari daily discussed China’s decision, explaining that the country is “pulling towards risk-free actors and avoiding tense actors” by abandoning the regime in favor of stable Gulf States like Saudi Arabia. The state-run Arman Meli daily claimed the same day that “China has betrayed Iran.”

On December 9, China and Saudi Arabia issued a joint statement in which China called for non-interference in the internal affairs of other countries and respect for the principles of good neighborliness while clearly distancing itself from the regime. Following this meeting, the parties signed numerous economic agreements, dealing a further blow to the regime.

The state-run Sharq daily expressed its fear and frustration on December 18, writing, “The agreement between China and the Arabs is a historical turning point that transforms the geopolitical situation of the region. Indeed, a new coalition has been formed against Iran, which, of course, can be more violent and reckless this time.”