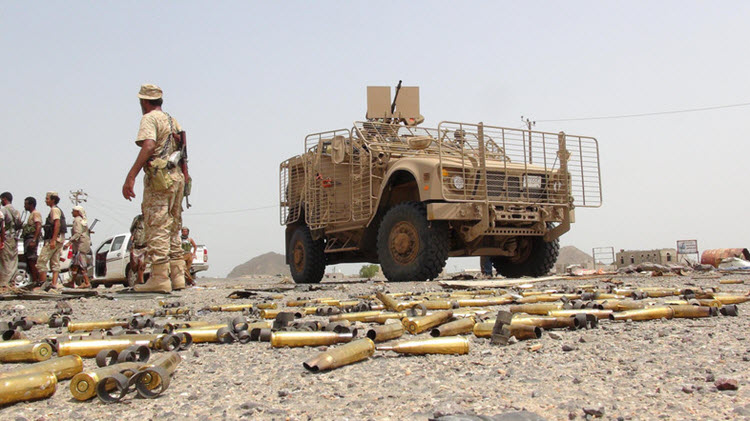 The port city of al-Mokha on the Red Sea coast of Yemen has been secured by Yemeni government forces backed by Gulf Arab troops. This was part of an effort to push for an advance on the city of Hodeidah – the country’s main port city.

For the past few weeks, President Abd-Rabbu Mansour Hadi’s supporters have been fighting in order to capture al-Mokha that has been held by Iran-backed Houthis since 2015.

Al-Mokha is a small city that was once a major coffee marketplace.

The news of the advance comes at the same time as tensions rise between US President Donald Trump and Iranian President Hassan Rouhani.

It was announced last week that the US had dispatched the USS Cole, a Navy destroyer, to patrol Yemen’s coast with the aim of protecting the area from Houthis.

In March 2015, a military coalition led by Saudi Arabia intervened in the civil war in Yemen. They tried to reinstate Hadi who was ousted from Sanaa, the country’s capital, by tribal Houthis who are fighting alongside troops connected to the former President Ali Abdullah Saleh.

The so-called Yemeni Resistance – local fighters – entered the city from the north, south and east sides.

The UAE section of the Saudi-led Arab alliance had a massive role in freeing al-Mokha. It provided ground forces, fire power (ground as well as air) and intelligence.

A large number of Houthi fighters have been taken prisoner or killed.

The number of casualties are unknown, but residents of al-Mokha were able to confirm that the city had indeed been captured.

Reports say that the Saudi-led coalition launched air strikes that hit a market in the city. Shops have apparently been destroyed and some deaths have been reported.

This solidifies the Hadi supporters’ control of a large area of the Red Sea coastline from the Bab al-Mandab Strait to al-Mokha. Furthermore it helps in the quest for Hodeidah – 115 miles further north – Yemen’s main food import harbour.

Although Tehran is denying claims that the Houthis are a proxy for Iran, it is clear this is the case and the Gulf Arab countries are concerned. Houthis are currently in control of the majority of population centres in Yemen, including the capital.