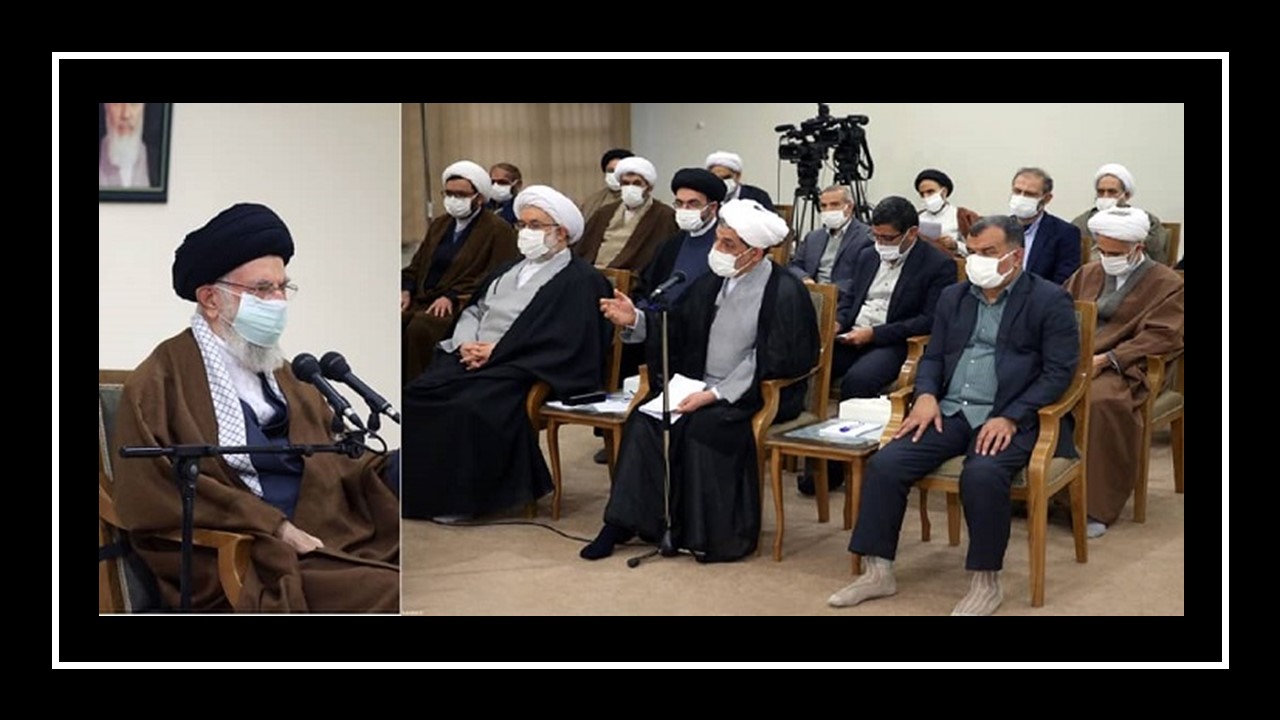 On January 30, Iran’s Supreme Leader, Ali Khamenei, expressed his dissatisfaction with the country’s economic situation, blaming government officials who had been selected by him, either directly or indirectly, for the country’s growing inflation rate.

Khamenei’s words contrasted sharply with his prior promises of “economic resilience,” proving that the regime’s claim of self-sufficiency is a mere illusion.

“We could have achieved more glories in recent years if government officials had cooperated more,” Khamenei stated. “Of certainly, the macroeconomic figures of the 2010s are somewhat unsatisfactory,” he swiftly reversed himself, saying. The figures on GDP growth, capital formation, inflation, liquidity growth, housing, machinery supply, and other related concerns are unsatisfactory. These challenges and facts have an influence on people’s livelihoods, which is something we’re constantly concerned about.”

Despite the regime’s apologists’ efforts to suggest that sanctions are to blame for Iran’s dire economic situation, Khamenei admitted that “the main source of these issues does not sanction.” Wrong decisions and inaction have a significant role in the emergence of these issues.”

Iran’s state-run media admitted some truths concerning the country’s dire financial status and people’s suffering. “In the second quarter of this year, the Central Bank of Iran published economic indicators. The data in this report confirm the decrease in economic growth during that time,” the state-run Jahan-e Sanat said on January 13.

“The primary reason is that the government has traditionally relied on the central bank to cover its budget deficit. The government’s debt to the central bank increased steadily last year, reaching 50.8 percent by the end of 2021, according to figures,” the paper continued.

“This summer’s suffering index is 55.4 percent, up 9.3 percent and 6.3 percent from previous winter and spring,” Jahan-e Sanat confirmed.

To put it another way, millions of Iranians are impoverished and unable to live decent lives.

The regime has taken no significant economic measures to meet the demands of the people. In fact, at Khamenei’s request, Ebrahim Raisi’s government plans to forego the official exchange rate in order to import necessary items at a reduced cost. The government of Hassan Rouhani first adopted the official currency rate of 42,000 rials to the dollar in order to import vital goods at a lesser cost. Importing these items was entrusted to the private sector, specifically private Revolutionary Guards (IRGC) companies. As a result, regime officials embezzled billions of dollars while overcharging for basic goods. However, eliminating this rate will result in a significant increase in costs.

Raisi’s intention to remove the official exchange rate from his budget plan was rejected by the regime’s parliament, which feared a backlash from the general public. Raisi and his government, on the other hand, appear to be ready and willing to dig deeper into people’s wallets.

The current economic crisis in Iran has transformed the country into a powder keg due to the regime’s incompetence, corruption, and mismanagement. This explosiveness is demonstrated by daily protests by people from all walks of life. Teachers’ recent state-wide demonstration, in which they vowed to “continue protesting to attain” their rights, is noteworthy.

Faced with a restive public, Khamenei, who is personally responsible for the problem, uses the economic crisis as a smoke and mirrors strategy to divert attention away from the true cause of corruption, namely the ruling kleptocracy he leads. Yet, as the state-run media and authorities continue to warn, people’s shouts against the entire government show that Khamenei has failed and that additional upheavals loom.

Mostaghel quoted Mohammad Askari, one of the regime’s MPs, as saying, “When corruption is institutionalized, big social upheavals are inevitable.”