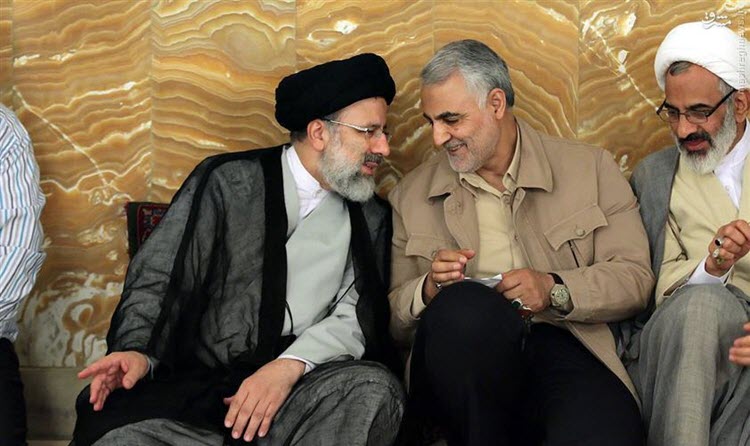 On Thursday, Ebrahim Raisi officially announced his candidacy in Iran’s presidential election. This came at a meeting of the “Popular Front of Revolutionary Forces”, as he gained the highest number of votes amongst the “principalists”.

Back in March 2016, Raisi was appointed by Iranian Supreme Leader Ali Khamenei as head of the Astan Quds Razavi foundation, a major economic entity associated with Khamenei himself.

In the meantime, this foundation has in the past few weeks distributed hundreds of tons of flour, gaining media coverage as a result. Social media users and Iranian MP Mahmoud Sadeghi compared this move to the distribution of potatoes by the cabinet of former Iranian president Mahmoud Ahmadinejad leading up to the 2009 presidential election.

Prior to this, Raisi has served in high posts of the judiciary and the committee presiding over Iran’s executions back in the 1980s.

He is one of the main perpetrators of the 1988 massacre of over 30,000 political prisoners, most of the being members and supporters of the Iranian opposition People’s Mojahedin Organization of Iran (PMOI/MEK).

Hossein Ali Montazeri, then successor to Iranian regime founder Ruhollah Khomeini, referred to Raisi’s role in a sound file made public a few months ago by his son, Ahmad Montzeri.

As a former first judiciary deputy, Raisi was appointed as a member of a 3-man committee evaluating complaints of harassment issued by detained protesters held in Kahrizak Prison, southeast of Tehran, following the uprisings erupting after the 2009 presidential election.

This committee dismissed all complaints issued by the tortured and harassed individuals, describing the accounts as “tainting the state’s image and credibility.”

Raisi was a member of the regime’s presidential election supervising committee and he resigned from his post prior to announcing his candidacy. He is considered one of the possible candidates to succeed Khamenei.