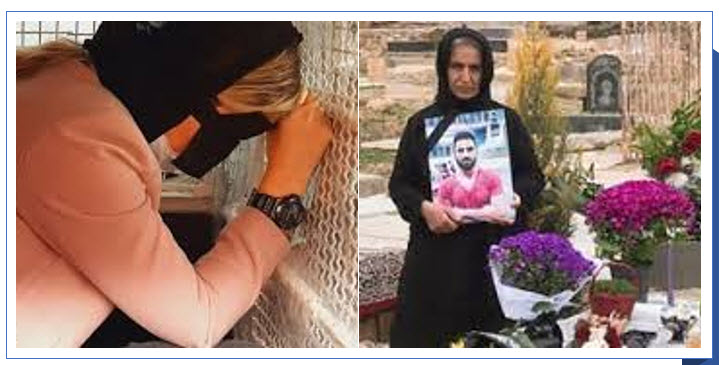 Elham Afkari was apprehended by security forces in Shiraz on Thursday, November 10. Her husband and three-year-old daughter, Liana, were also detained but released two hours later, according to the Shiraz Prosecutor.

She was outspoken in her pursuit of justice for her slain brother and another brother who is still imprisoned in solitary confinement. On September 17, 2018, Navid was arrested and falsely accused of killing a Bassij agent during a protest in Shiraz in August 2018.

On September 13, 2019, Navid Afkari filed a complaint with the Judiciary detailing how he was forced to give false confessions while subjected to “the most severe physical and psychological torture” during his 50-day detention.

“They put a plastic bag over my head and almost suffocated me,” he wrote in an open letter. “They beat my hands, abdomen, and legs with batons and other hard objects. They frequently used foul language and insulted me. They bound me up and poured alcohol down my nose.”