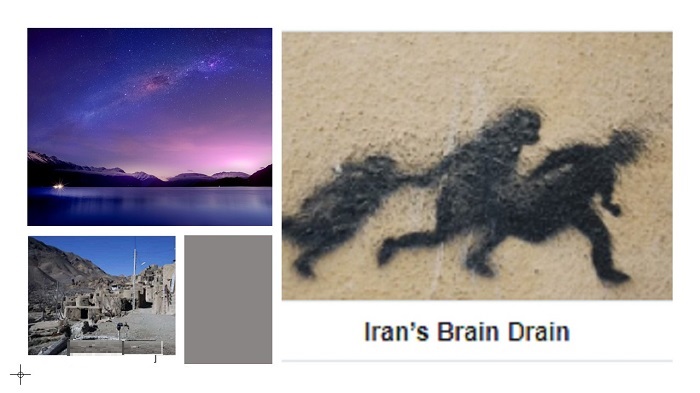 Iran’s clerics have been besieged by a series of crises, particularly in recent years. Every year, these problems worsen and accelerate, with no prospects of abating or slowing down anytime soon.

One notable example is the acceleration of Iran’s brain drain, with thousands of young, educated Iranians departing each year, and the government bears sole responsibility for this vast exodus.

Despite the fact that a new administration has taken office, the situation has only worsened. This matter has been addressed extensively within government circles multiple times, but the regime has made no significant reforms to solve the problem. This becomes even more absurd when the dictatorship asks for the return of the Iranian diaspora while simultaneously creating an insecure and scorched environment for anyone who tries to return.

Immigration statistics and numbers offer a frightening picture. Women are now at the vanguard of those feeling the country, escaping the regime’s oppressive ethos.

Bahram Salavati, the Director of the Iran Immigration Observatory, said in an interview published on the state-run website Khabar Fori on January 24 that “the potential population for migration is the unemployed university graduates because the proportion of women in this population is higher, it can be assumed that they are more inclined to migrate.”

“Previously, 200 to 300 people acquired immigration certificates from the nursing system each year, but now probably moreover 1,500 people move each year,” the state-run Hamashahri daily reported in September 2021, when discussing the immigration of Iranian nurses. It is unable to provide reliable numbers because our leaves are not countable. These migrations take place for two reasons: one, the ideal state of the destination countries, and the other, the issues of the origin countries.”

“Kids who get medals think about departing because of the lack of attention in the country,” Safdar Zare Hosseinabadi, Secretary-General of the Iranian Top Talents Association, told the state-run Rokna website on January 23. We had 86 Olympic medalists, with 82 to 83 of them emigrating.”

“The issue of elite immigration still does not seem to be treated as seriously as it should be,” the state-run daily Resalat said on January 25 about the regime’s ambivalence toward the topic.

In August 1979, the government began breaking the law and prohibiting the press in order to stifle freedom of expression. This accelerated elite exodus from Iran during the mullahs’ control.

“The administration, or rather the current ruling authority, displayed its true nature with total impudence by closing down the impartial and progressive press,” the late Iranian writer Gholam Hossein Saedi remarked at the time. He demonstrated how it intends to take control of society. The signs and symptoms of these schemes are obvious. Now a few reactionary idiots and monopolists want to insult the Shah. At the very least, they should learn from any totalitarian regime’s demise.”

In a work published on August 11, 1979, the great Iranian poet Ahmad Shamloo highlighted the nature of this repression and foretold its long-term implications, describing the attack of this brutal theocracy on freedom of expression and freedom of the press: “The monopolistic reactionaries, still clinging to the delusion of victory, swerve the revolution off course.” It aims to surrender all of the revolution’s hopes while knocking on the door and the wall out of fear of democracy. Thugs and hooligans will never wake up from their irrational fantasies. Sticks and knives have never been able to stop the course of history for an extended period of time. All that we may say and write pales in comparison to the commotion you make.”