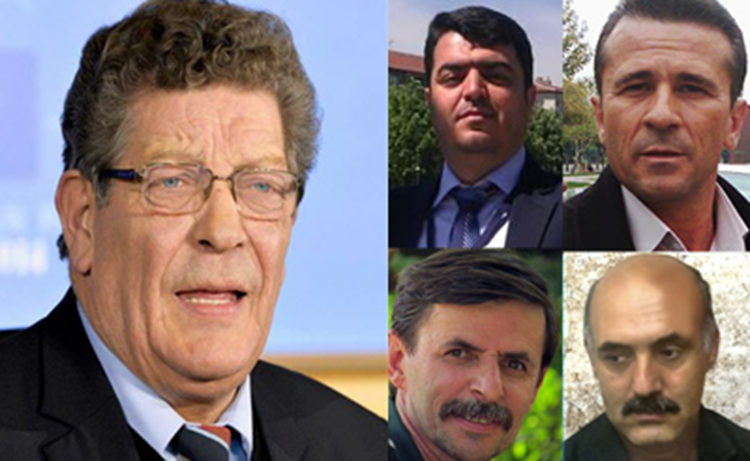 Friends of a Free Iran (FoFI), an informal group formed in 2003 by members of the European Parliament, has the active support of numerous MEPs from various political groups. The National Council of Resistance of Iran (NCRI) has reported that the FoFI group has announced its solidarity with the imprisoned teachers and union leaders of Iran, including those who are currently on hunger strike in protest against the Iranian regime’s crackdown on civil activities and gatherings.

The statement, which can be read in full on the NCRI’s website, calls for the urgent release of the imprisoned teachers and union leaders. FoFI expressed their grave concern regarding these imprisonments.

In the statement, the cases of several prisoners were highlighted.

Esmail Abdi, a married maths teacher with three children and General Secretary of the Iranian Teachers’ Trade Association (ITTA) was arrested and imprisoned for trying to get a visa to attend the 7th Educational International World Congress in Ottawa. He was prevented from choosing his own lawyer.

President of the Free Union of Workers of Iran, and one of the coordinators of the 40,000-signature minimum-pay rise campaign, Jafar Azimzadeh, was arrested and sentenced to six years in prison.

Mahmoud Beheshti Langaroudi, former secretary general and current speaker of Iran’s Teachers’ Union, married with one son, was arrested and sentenced to 14 years in prison following a trial that lasted only a few minutes. Over the past few years he has been repeatedly tortured – psychologically and physically. The day before his arrest he had met with Mohammad Bagher Nobakht, spokesman of Hassan Rouhani’s government, to discuss teachers’ issues and demands. He started a hunger strike on 20th April in protest against his prison sentence and started a dry hunger strike on 2nd May.

Rasool Badaghi, a teacher and union activist, went to visit Mr Langaroudi in hospital on Sunday 8th May but was arrested after being severely beaten by seven intelligence officers. He was sent to Evin prison.  Mr Badaghi was recently released after spending 7 years in prison.

Jafar Azimzadeh and Ismail Abdi began an indefinite hunger strike on 29th April in protest against the “crackdown on civil activities and gatherings and strikes by workers and teachers, wages below the poverty line, a ban on independent and free gatherings to mark International Workers’ Day and Teachers Day in Iran and violations of basic rights of Iran’s workers and teachers”.

Iran’s Teachers’ Union has also condemned the arrests of its members. In a statement they have said that the government of Rouhani is the “same as its predecessors”.

The statement ended with the following plea: “We urge the EU High Representative and President of the European Parliament to directly intervene to prevent further repression of teachers and workers in Iran.”