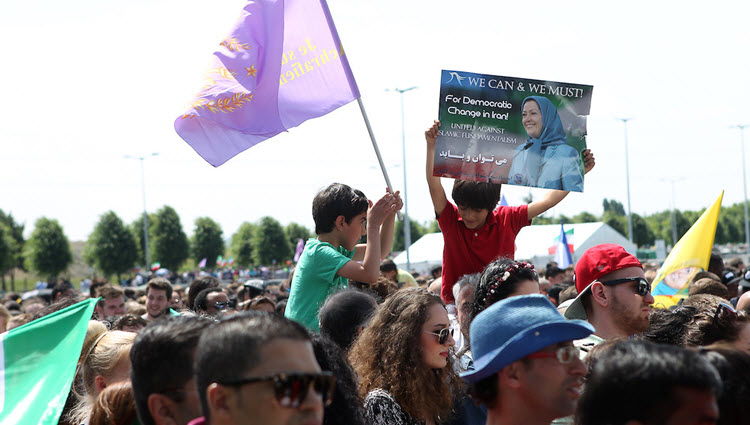 The former Iranian ambassador to Sweden and Norway, and representative of the National Council of Resistance of Iran (NCRI) in Nordic countries, Perviz Khazaii, states that “Throughout the three years of Hassan Rouhani’s presidency, some in the West have maintained hope that it would herald an era of moderation and reform in Iran.”

But in fact, the human rights situation is deteriorating at a fast pace.  There have been over 2,400 executions in Iran in just under three years. Victims include political dissidents, most notably the activists of the People’s Mojahedin Organization of Iran.

In a shocking act of violence, the Iranian regime carried out at least 21 hangings in a 48-hour period in the second week of May.  Amnesty International underscored in its annual report that Iran has the highest number of executions per capita. Those who are not put to death may be subject to other cruel punishments.  More information about these atrocities may be found in Perviz Khazaii’s article in The Diplomat.

“Despite the persistent danger, I remain active in the NCRI to this day.” says Khazaii.  “I am no stranger to diplomatic relations. I was one of three senior Iranian diplomats who resigned from our ambassadorships in protest against an unbridled wave of executions in Iran in the early 1980s and joined the National Council of Resistance of Iran, led by Mrs. Maryam Rajavi. Doing so came at great personal cost. Two of us were gunned down in broad daylight in Geneva and in Rome by terrorists dispatched from Tehran, the first in 1990 and the second in 1993. I am the sole survivor.”

On July 9, I will travel to Paris to take part in the organization’s “Free Iran” rally, which is expected to over 100,000 people, comprised not only of Iranian exiles but also their supporters, including hundreds of senior political dignitaries, parliamentarians, human rights and women’s rights activists, as well as religious leaders from the United States, Europe, and Islamic activist communities, to highlight Tehran’s nefarious conduct at home and abroad, calling for a new policy that sides with the Iranian people and their desire for freedom.