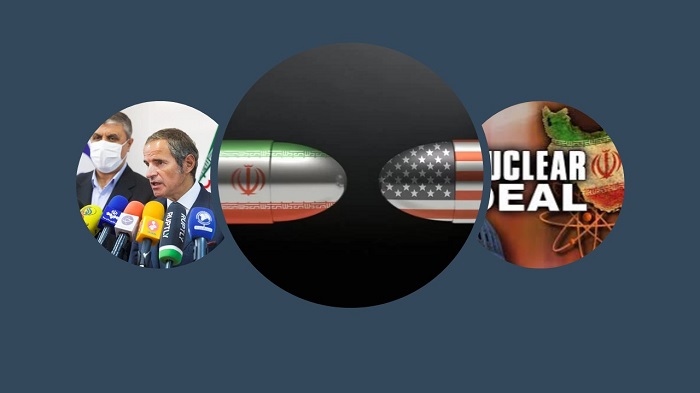 The status of negotiations regarding the Joint Comprehensive Plan of Action (JCPOA) remained uncertain at the close of the week, as relevant parties attempted to promote a positive perspective but failed to offer any particular areas of progress. The Iranian regime’s blackmail methods and efforts to walk back compromises that had been established during six earlier sessions of the talks were heavily criticized as soon as the discussions reopened in Vienna on December 6 after a five-month suspension.

Despite the regime’s nuclear extortion, Enrique Mora, the European Union diplomat who is currently chairing the talks, claimed ahead of Thursday’s negotiations that he has noticed a “renewed sense of purpose” among all negotiating partners regarding the need for a resolution that fully revives the 2015 agreement.

Of course, commitment to that result has never been in doubt. The main issue is that the Iranian government continues to demand the immediate and total restoration of all sanctions imposed or re-imposed after the United States withdrew from the JCPOA in 2018. Despite the EU’s optimism, there is no concrete indication that Tehran has backtracked on its demand or provided anything in exchange. So far, the regime has maintained that it will only consider the reversal of numerous violations of the JCPOA’s conditions once the sanctions relief has been verified.

Despite their intermittent optimism, the US and the three European signatories to the JCPOA have all openly acknowledged the necessity for alternative measures to hold the regime responsible if the negotiating process continues to be delayed.

On Thursday, US State Department spokesman Ned Price talked to reporters and reaffirmed that Tehran will not be allowed to “play for time” while ramping up its nuclear program. He concluded that the regime aims to utilize those efforts as a source of “additional leverage,” but he also pointed out that this plan seemed to rely on Iran betting on American weakness – a bet he predicted the regime will lose.

Western governments have continued to appease

Western governments, on the other hand, have continued to appease the mullahs and give the regime more time to pursue its nuclear program.

As early as October 25, the US Department of Defense briefed Biden’s National Security Advisor Jake Sullivan on a variety of military options. More recently, CIA Director Bill Burns warned that the US would require more than a simple restoration of the JCPOA before resuming threats of more pressure, citing the difficulty of “sanctioning away” nuclear weapons-related expertise Tehran has acquired since 2019.

Such chastisement is unavoidable

That judgment was earlier expressed by Rafael Grossi, the Director-General of the International Atomic Energy Agency or IAEA, who stated with remarkable honesty that the JCPOA alone will not be able to achieve its original goal under the current conditions. Grossi was less forthright about proposals for how to apply proper pressure to the Iranian government, but he agreed to the request that the IAEA Board of Governors issue a formal censure against Tehran for its violations and reluctance to cooperate before the beginning of the Vienna talks.

Such chastisement is unavoidable. The Iranian regime has demonstrated that it is just interested in passing the time in order to get a nuclear weapon. The regime has successfully turned the negotiations into a deceptive loop, and the United States’ persistence in extending these fruitless negotiations will simply help Iran to pursue its nuclear program.