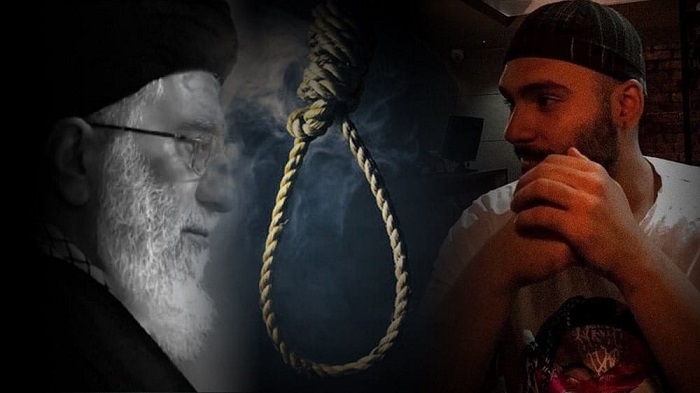 On the eve of International Human Rights Day, Iran’s genocidal regime executed Mohsen Shekari, a young arrested protester, on charges of “Moharebeh,” or waging war on God, for blocking the road and setting fire to a trash can. Mohsen and a dozen other Iranian uprising arrestees were sentenced to death after weeks of torture for simply demanding freedom and democracy.

Under various pretexts, the Iranian regime’s constitution allows for arbitrary arrest and killing of citizens. Nonetheless, Moharebeh is defined by his immediate execution.

Moharebeh is defined as “drawing a weapon on the life, property, or chastity of people or causing terror as it creates an atmosphere of insecurity” in the 38 Islamic Penal Code 1991, Article 211, and the 39 Islamic Penal Code 2013, Articles 278 and 375.

Of course, the defendant should terrorize the ruling theocracy or pose a threat to the establishment because the regime itself causes public insecurity.

The true reason for Moharebeh is defined by article 17 of the Criminal Law of the Armed Forces, which states that any individual, namely military personnel, who plans or acts to overthrow, change, or annihilate the Islamic Republic, or who forms a group with these goals, is conserved as “Mohareb.”

This is what happened in Mohsen Shekari’s case. According to state media, the regime’s Supreme Court rejected his lawyer’s appeal, citing his forced confession to being a member of a “group of rioters, blocking the road, and threatening security forces with a knife.”

Iranian opposition President-elect Maryam Rajavi of the National Council of Resistance of Iran (NCRI), described the inhuman execution of uprising martyr Mohsen Shekari as a sign of Khamenei and the clerical regime’s desperation in the face of the uprising and democratic revolution, as well as their fear of being overthrown. She stated that this heinous crime would incite people’s rage.

Imprisoned protester, #Mohsen Shekari, 23, was executed on Khamenei’s order, showing the regime’s fear in the face of #IranRevolution and the prospect of being overthrown. This vicious crime will fuel people’s anger. Courageous youths and protesters will not remain silent. pic.twitter.com/tCG3GpBsKB

She urged the United Nations, the European Union, their member states, and human rights advocates to strongly condemn Mohsen Shekari’s execution and to take effective and concrete measures to combat Iran’s religious fascism.

They should also acknowledge the Iranian people’s right to self-defense in the face of rising state violence.