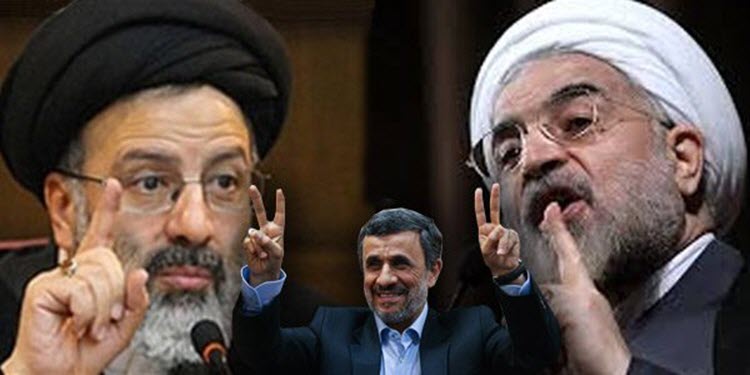 In a surprise move on Wednesday, Iran’s former President Mahmoud Ahmadinejad filed to run in the country’s presidential election in May. He filed, despite a recommendation from the Supreme Leader Ayatollah Ali Khamenei to stay out of the race.

Although many believed the election would be won by moderate President Hassan Rouhani, Ahmadinejad’s decision may upend it. Rouhani has not yet formally registered, but following Khamenei’s recommendation for Ahmadinejad to stand down in September, many viewed Rouhani as a shoe-in.

Hard-liners in Iran want a candidate who will stand up to U.S. President Donald Trump. Ahmadinejad would fill that bill, but could also could expose the cracks within Iranian politics that which brought massive unrest following his contested 2009 re-election.

According to Associated Press journalists, election officials appeared stunned, as they processed Ahmadinejad’s paperwork on Wednesday.  Although Ahmadinejad previously served two four-year terms from 2005 to 2013, he became eligible to run again after four years out of office under Iranian law.

However, he is a polarizing figure, even among fellow hard-liners.

After he left office, two of his former vice presidents were jailed for corruption. Iran’s economy suffered after heavy international sanctions were imposed over Western suspicions that Tehran was secretly pursuing nuclear weapons during his administration.

Iran insists its nuclear program is for peaceful purposes.

According to an article in Fox News, Ahmadinejad’s 2009 disputed re-election caused massive protests in Iran, and a sweeping crackdown in which thousands of people were detained and dozens were killed. On the international front, Ahmadinejad is known for questioning the scale of the Holocaust, predicting Israel’s demise, and expanding Iran’s contested nuclear program.

Reportedly, Khamenei made comments in September that referred to an unnamed candidate, who he recommended not seek office, saying it would bring about a “polarized situation” that would be “harmful for the county.” In a news conference shortly after submitting his registration, Ahmadinejad called the Supreme Leader’s suggestions “just advice”.

Apparently his decision to run was intended to help former Vice President Hamid Baghaei, who registered alongside Ahmadinejad on Wednesday.

On Tuesday, the first day of registration, more than 120 prospective candidates submitted their names as candidates including six women and seven clerics. All applicants must be vetted by the Guardian Council, under Iran’s electoral system, which is a clerical body that will announce a final list of candidates by April 27.  According to Fox News, the council normally does not approve dissidents or women for the formal candidate list.

Many in Iran see the election as a referendum on the 2015 nuclear agreement and its ability to improve the country’s economy. Iran agreed to curb its uranium enrichment in exchange for the lifting of international sanctions, as part of that deal.