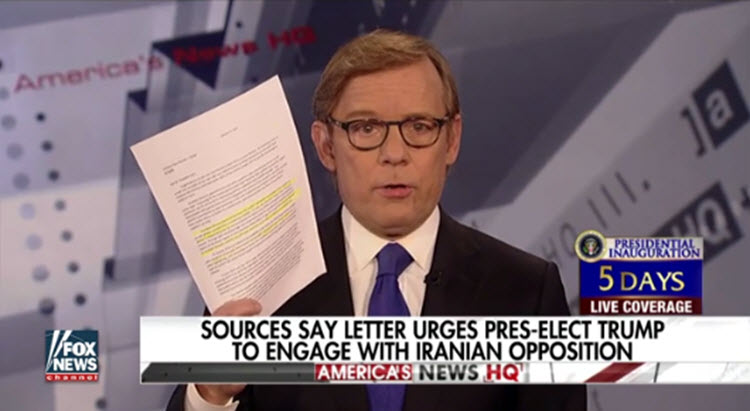 Twenty-three former officials of the US government have called on President-elect Donald Trump to deal with the Iranian opposition group – the National Council of Resistance of Iran (NCRI).

In a letter to Trump, the 23 former officials advised that the NCRI is a valuable resource to the administration and that he should consult with the group.

The NCRI, based in Paris, is calling for freedom and democracy in Iran and is trying to rid the country of the religious dictatorship that is oppressing its people.

Although the Iranian regime has tried to convince other governments that the group is terrorist, the reality is that the NCRI exposed Iran’s nuclear program and it has a network of supporters in Iran that assisted US intelligence during the Iraq invasion.

Part of the letter read: “History aside, no one disputes that the resistance effort since 2001 has been entirely political in nature, including discovering and revealing Iran’s secret nuclear weapons program in 2002 – an act for which President George W. Bush publicly credited the resistance. It is time to end the fundamentalist regime’s undue influence over US policy and establish a channel of dialogue with the NCRI, as many other governments have done, consistent with the longstanding US diplomatic practice of dialogue with political opposition groups worldwide.”

It also spoke about the qualities of the group. “Given the opportunity to engage directly with the NCRI, unfiltered by regime propaganda, US officials will learn that in the 1980s, as a political strategy to challenge Iran’s harsh fundamentalism that denies all rights to women, the resistance adopted a policy of gender equality – rare in the Muslim world – and elevated women to leadership roles. In the ensuing years, the group developed several elements of a policy platform. In 2006, the leader and President-Elect of the group, Mrs. Maryam Rajavi, unveiled a 10-point plan (…) describing the group’s aspirations for Iran, which has remained the NCRI’s policy agenda ever since. All 10 points reflect principles equally shared by Americans.”