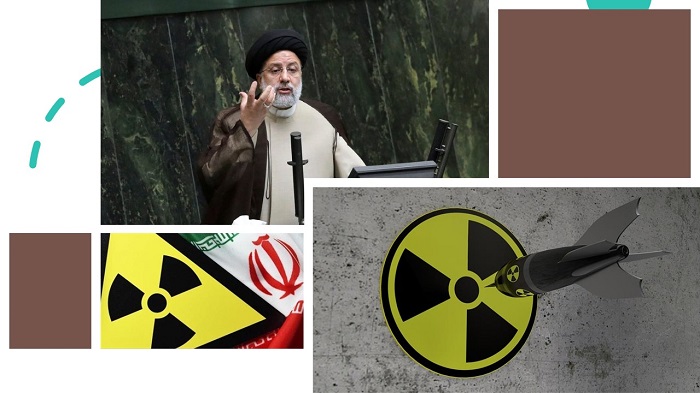 The Mullahs in Iran discovered that without a nuclear weapon and the expansion of their terror ambitions in the Middle East and around the world, they would be unable to maintain clerical rule after an eight-year destructive war with Iraq and finally accepting the cease-fire peace accord.

The regime gave the massive funds for nuclear project

The regime’s achievement of a nuclear bomb was not out of the question, given the massive funds invested in the nuclear project and the regime’s skill in concealing its intentions from the public.

If the regime’s opponents, the National Council of Resistance of Iran (NCRI) and the People’s Mojahedin of Iran (PMOI / MEK Iran), had not revealed this openly, it would have been successful.

The Iranian Resistance was successful in encircling the regime and preventing it from acquiring nuclear weapons. The issuing of many UN Security Council resolutions in this direction, as well as global sanctions, constituted a significant impediment to the regime’s nuclearization development.

No cement poured in the main hole of the reactor

The major world powers, known as the P5+1, issued a deal with the government called the Joint Comprehensive Plan of Action (JCPOA) in response to the regime’s international appeasement policy and its continuation after a series of eroding discussions. But despite the hollow hopes of the P5+1, this did prevent the regime from following up its nuclear ambitions.

About August 28, 2017, Ali Akbar Salehi, the regime’s Atomic Energy Organization’s then-head, disclosed the regime’s desire to keep the nuclear bomb program alive during a conversation on putting cement into the Arak reactor:

“From the start, some photos created by Photoshop showed that cement was poured into the hole and the main tank of the reactor and the upper part of it. We must declare that no cement was poured into the main hole, we only poured cement into the pipes that were taken out for renovation. There are similar ones in the country, and we can bring them back if we want. No cement poured in the main hole of the reactor, we waited two years and did not talk about it because we could not say anything,” as per ISNA, on August 28, 2017.

The nuclear deal was formally invalidated on May 8, 2018

The nuclear deal was formally invalidated on May 8, 2018, when the United States withdrew from it.

The regime believed that when the new US administration took office, the US would immediately return to the 2015 JCPOA and lift the sanctions imposed by the Trump administration, but time has proven that this speculation was unfounded. The regime was well aware that increasing the amount of enriched uranium in its possession and violating the JCPOA’s pledges was the only way to restore the balance between itself and world powers.

The resumption of Vienna talks revealed to negotiators that the government is attempting to buy time before reaching an irreversible stage of obtaining an atomic bomb.

This is a futile nuclear game

“It is precisely why we have been very clear that Iran will not be able to play for time, that Iran’s nuclear escalations and provocations will not give Iran any additional leverage in these negotiations,” US State Department spokesman Ned Price said on December 9, 2021. The only thing these provocations and escalations will accomplish is to bring us closer to a possible crisis.”

With the Vienna talks deadlocked and a developing climate of hostility between the two parties, Khamenei can no longer benefit as much from buying time as he once could. This is a futile nuclear game that will have significant consequences for the regime.