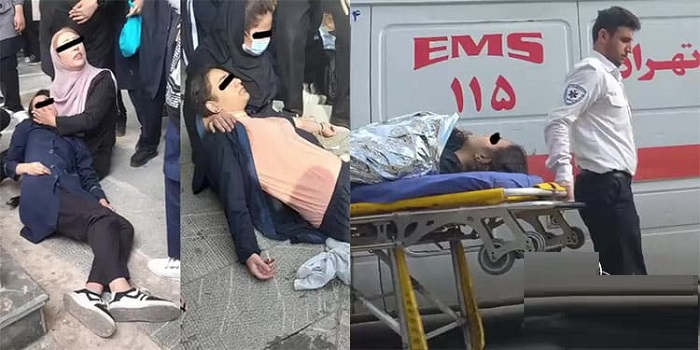 As the Iranian uprising enters its eighth week, not only the regime’s security forces but also their agents and operatives in other countries, are becoming more brutal toward protesters. According to social media reports, the principal of the Ermineh Mosallanejad Technical Vocational School for Girls in Shahr-e Rey summoned all students to sign a written pledge not to protest.

As per eyewitnesses and videos posted on social media, the aforementioned ambulances lacked license plates. The regime has been reportedly using ambulances to transport detainees to prisons. On Day 54, despite 550 protesters killed and over 30,000 detained, Iran protests continued, with dozens of high schools and universities holding rallies and chanting anti-regime slogans, with young women and girls leading the way.

In Sanandaj, Ahvaz, Karaj, and other cities, high school students chanted anti-regime slogans and tore down posters of the regime’s supreme leader.

Meanwhile, the people of Marivan gathered at Nasrin Qaderi’s grave to pay their respects to their beloved daughters, chanting “Death to Khamenei!” and “Freedom, freedom, freedom!”Brave young people continued to clash with regime security forces in Marivan, western Iran, and Siahkal, northern Iran.