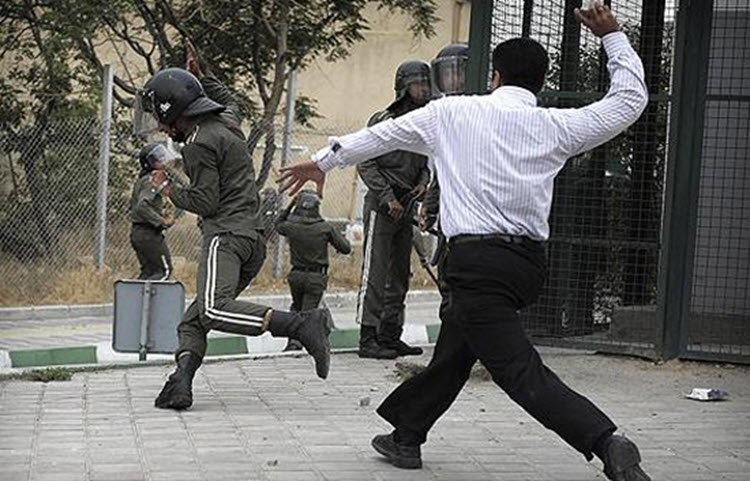 Many in Washington believe that it is time to push back against the threat of Iran and its many proxy militias. What could be more appropriate than the United States going after Iran for its violations of human rights? The land of the free targeting the Islamic Republic for the lack of freedom it gives to its own people…

It is also a sensitive subject for the Iranian regime because the 2009 uprising that came about after a controversial presidential election caused havoc in the country. It may have been long forgotten about outside the borders of Iran, but inside it is something that still troubles the Iranian regime to this day.

For several months during the uprising it looked like the Islamist order was in real danger of collapsing. Even Ayatollah Ali Khamenei – the Supreme Leader – said that the regime was on a cliff edge at that time.

The security forces were unable to contain the dissent and there were even reports of opposition within the forces themselves.  The leaders of the regime had a habit of carrying out huge pro-regime demonstrations on a regular basis, but even this didn’t happen once over the course of more than six months.

What is known as the “Green Movement” has changed the relationship between the state and the people. After the 2009 election, any tiny shred of legitimacy within the regime was obliterated. It is now ruling on fear, corruption, imperialism and deception. The regime has to rely on the security forces to control the people.

The United States is based on democracy and free speech, so it is only logical that it would press Iran on its human rights. Of course it is also important that Iran is sanctioned, but it would send a very loud and clear message to the country if the human rights issues were addressed once and for all.

The first step should be for the US to insist that Iran releases all those political prisoners who have been incarcerated since the Green Revolt – not forgetting the leaders of the movement Mir Hossein Mousavi and Mehdi Karroubi who have been on house arrest.

It is important that Iranian dissidents are not forgotten about. Obama forgot them, but Trump must correct this and act for them. Now.

The US has the largest amount of leverage. The regime is suffering from internal disputes and is at a very low and fragile point. It won’t take much to make them crack under the pressure.