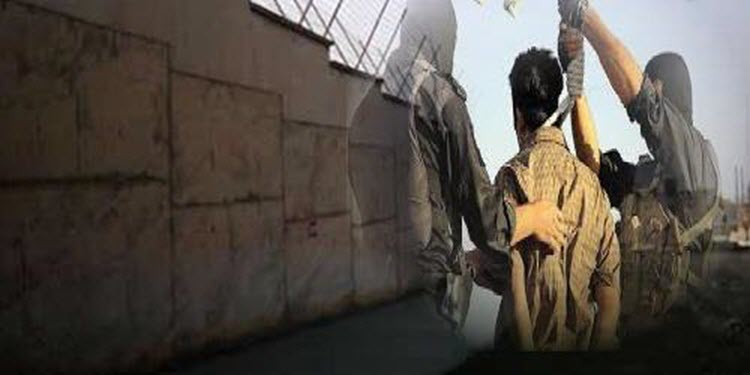 The National Council of Resistance of Iran (NCRI) has reported that 11 young prisoners have been executed by Iran’s fundamentalist regime on Wednesday. The prisoners are said to have been in their twenties, including one who is believed to have been a minor at the time of the alleged offence. This news comes after three prisoners were executed on Tuesday.

The prisoners, all aged between 22 and 25, were hanged together on 25th May at dawn in the notorious Gohardasht (Rajai-Shahr) Prison in Karaj, north-west of Tehran. One of the victims was Mehdi Rajai who was 16 at the time of the alleged crime.

It has been reported that the names of eight others are: Mohsen Agha-Mohammadi, Asghar Azizi, Farhad Bakhshayesh, Iman Fatemi-Pour, Javad Khorsandi, Hossein Mohammadi, Masoud Raghadi, and Khosrow Robat-Dasti.

The day before, three prisoners who have been imprisoned for the past four years were executed. The hangings took place at Karaj’s Qezelhesar Prison. One of the victims was named Ruhollah Roshangar, a married father of two.

On Wednesday, the Iranian regime told seven Sunni prisoners in Gohardasht Prison that Branch 28 of the regime’s ‘Revolutionary Court’ has handed out execution sentences. These prisoners have been behind bars since 2009. They are: Davoud Abdollahi, Qasem Abesteh, Khosrow Besharat, Ayoub Karimi, Anvar Khezri, Farhad Salimi, and Kamran Shikheh.

The NCRI have highlighted that the Iranian regime is responsible for a huge rise in executions, “carrying out at least 21 hangings in a 48-hour period last week”.

Human rights activist and member of the NCRI, Ms. Farideh Karimi, on Wednesday called on the United Nations and foreign governments to react to the “appalling state of human rights in Iran”. She said: “The rising number of mass executions in Iran in recent weeks clearly shows that the regime has in no way decided to change its disgraceful human rights record. Any claim of moderation under Hassan Rouhani is simply a myth. It is high time for the United Nations and human rights organizations to speak out against the brutal executions by the mullahs’ regime and send Iran’s human rights dossier before the UN Security Council.”

Since 10th April this year, over 112 people have been executed in Iran. Three of these were women and two were juvenile offenders. Only last month the regime cut the fingers off a man in Mashhad.

On 13th April, the NCRI released a statement saying that the increasing trend of executions “aimed at intensifying the climate of terror to rein in expanding protests by various strata of the society, especially at a time of visits by high-ranking European officials, demonstrates that the claim of moderation is nothing but an illusion for this medieval regime.”