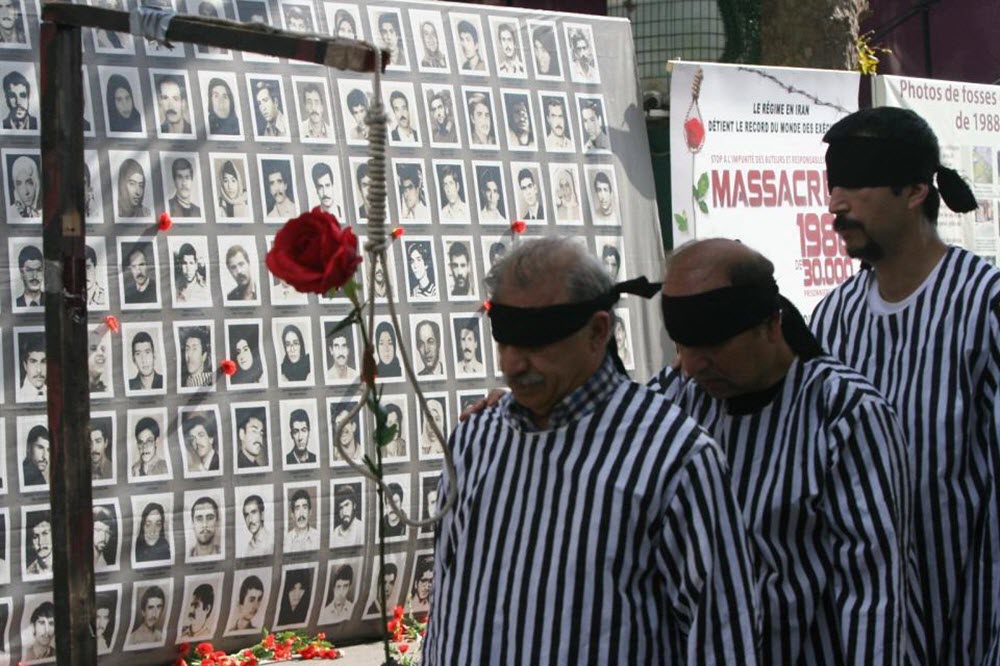 In 1988, one of the most horrific crimes against humanity took place. More than 30,000 people were executed during the course of one single summer following the orders of the Supreme Leader of Iran at that time. Most of the victims were members of the People’s Mojahedin Organization of Iran, the PMOI, the main opposition to the brutal ruling regime. No-one was spared – not even pregnant women and minors.

Justice for these many victims has never been obtained and the regime’s impunity continues to this day. It is one if the main reasons behind the widespread protests and demonstrations across the country.

It is shocking that, even today, the Iranian regime still executes its political opponents. Iran has the highest execution per capita rate in the world. There is no due process and political prisoners are mistreated and denied a fair trial.

In the current anti-government demonstrations, there have been more than 20 deaths and this is expected to rise. Hundreds of Iranians have been arrested.

The justice system in the country is outdated and the regime punishes people that act against it – stating that they are acting against Allah.

The 1988 massacre came back into the headlines mid-2016 when a recording of Ayatollah Hossein Ali Montazeri condemning the killings. This was just one more piece of evidence against the criminal regime and survivors and families of victims renewed a campaign for justice.

The Iranian regime has since tried to cover up its involvement in the crime by destroying evidence. It has destroyed sites that became mass graves for the victims and there have been appeals to the international community to put a stop to the destruction of evidence.

The United Nations has finally acknowledged that the 1988 massacre took place and it has called on the Iranian government to carry out an investigation into the events. However, an investigation needs to be carried out by an independent party – not by the perpetrators of the crime. Those involved in such a shocking crime must be identified, tried and punished.

It has been said that there were around 600 children who were executed during the summer of 1988, and involvement such as distributing leaflets for the PMOI was a reason for being hanged.

The protests in Iran show that there is widespread discontent in the country and the people of Iran need the support of the international community. President Donald Trump has expressed his support saying that the people of Iran “are finally acting against the brutal and corrupt Iranian regime”. In a message on Twitter, he said: “All of the money that President Obama so foolishly gave them went into terrorism and into their ‘pockets.’ The people have little food, big inflation and no human rights.

During the last major uprising in Iran in 2009, the then-President Barack Obama turned a blind eye to what was happening. It was a missed opportunity for the president to once and for all obtain regime change in a country where the people have been neglected and mistreated for decades.