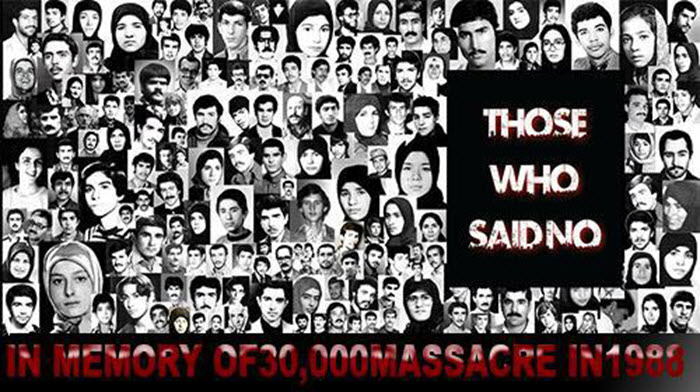 Following the release of audiotapes which document a meeting that took place during the 1988 massacre in Iran, many are now calling on the UN to investigate the crimes and bring justice to the regime’s victims.

During the space of just a few months during 1988, thousands of civilians were executed by the ‘Death Commission’. Their operations were overseen by Iran’s Supreme Leader Khomeini. The commission was designed to stamp out any political opposition, which is why most of the victims were the supporters of the political opposition People’s Mojahedin of Iran (PMOI/MEK). The current rulers of Iran have remained elusive about the number of casualties. Many sources, including Dr. Mohammad Maleki (the first Chancellor of the University of Tehran following the 1979 revolution) and Malcolm Fowler, a former member of the Human Rights Committee of the Law Society of England and Wales, believe the actual number to be more than 30,000.

Hamid Yazdan Panah, an Iranian-American human rights activist and attorney explains the importance of taking action against the Iranian regime in an article for The Hill. Montazeri’s tapes reveal his own convictions that the massacre was unlawful and inhumane, opposing the way the executions were carried out. In the words of Panah, “Many prisoners were only questioned for a few minutes by the commission. Those refusing to renounce their affiliation with the MEK were sent to the gallows.” Montazeri paid a high price for his views and was sentenced to house arrest, instead of becoming the heir to the Supreme Leader Khomeini. But many among those who were part of the ‘Death Commission’ still remain in power, including Mostafa Pourmohammadi who now serves as the minister for justice in Iran. Because the executioners now enjoy high positions in power, the people in Iran are still being punished for their political convictions without having a fair trial. One such case was described by a taxi driver who was arrested and imprisoned for several years in one of Tehran’s prisons, where he endured torture.

It is important for the UN and other international bodies to recognise the crimes committed in 1988 and carry out proper investigations, so that those responsible for the atrocities can be brought to justice, giving some consolation to the victims and  preventing the 1988 tragedy from happening again in Iran.