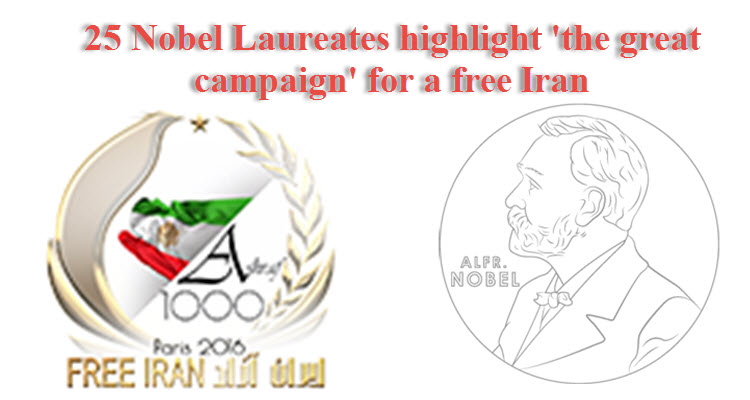 Twenty-five Nobel laureates have declared their support for the “great campaign in pursuit of democracy and human rights in Iran,” which finds another expression in a mass rally in Paris on July 9.

Wishing the rally success, the Nobel laureates chose to highlight the plight of members of the People’s Mojahedin Organization of Iran (PMOI or MEK) in Camp Liberty in Iraq.

The 25 called on the “international community, especially the United States and the United Nations, to carry out all possible measures to guarantee the security of these refugees in Iraq until the last individual is resettled in a third country.”

The Free Iran event on July 9 in Paris will see hundreds of decision-makers from the West and the Middle East, including from the moderate Syrian opposition, joined by thousands of activists for a free Iran. It is taking place on the eve of the first anniversary of the P5+1 nuclear deal with the Iranian regime. The 25 Laureates join other civic leaders in highlighting both the continued abuse of human rights in Iran and the export of fundamentalist doctrine through violence in Iraq, Syria and elsewhere.