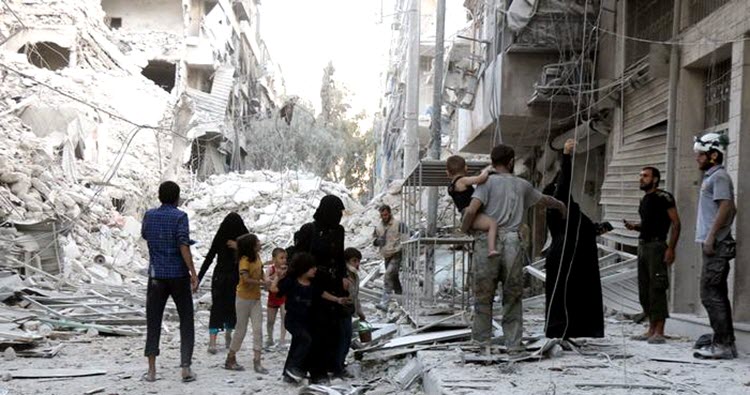 The longstanding siege of Aleppo is almost over but what had been the US’s role in the war?

Andrew Beatty, on Yahoo News, quoted academic Samantha Power, who was writing about the Holocaust and the ‘never again’ promise which is often not realised.

She wrote: “The United States did have countless opportunities to mitigate and prevent slaughter. But time and again, decent men and women chose to look away. We have all been bystanders to genocide. The crucial question is why.”

Power, now the US ambassador to the UN, has this week been sitting in the Security Council chamber while world leaders debate this decade’s Holocaust.

So far, in the Syrian Civil War, at least 300,000 people have died, including many civilians in the rebel-held areas. Bashar al-Assad does not care if one of his barrel bombs kills a member of the democratic resistance, a four-year-old child or an Al Qaeda fighter.

If residents stay in the rebel-held areas, they may be killed by Assad’s bombing and if they escape, they face torture or execution from his forces if they flee.

Power lays the blame solely with Assad, Putin, and Rouhani.

She said: “The regime of Bashar Al-Assad, Russia, Iran, and their affiliated militia are the ones responsible for what the UN called ‘a complete meltdown of humanity’.”

She continued: “Are you truly incapable of shame? Is there literally nothing that can shame you? Is there no act of barbarism against civilians, no execution of a child that gets under your skin, that just creeps you out a little bit? Is there nothing you will not lie about or justify?”

While, this is true; we must ask, what is the US’s role? They did not actively kill Syrian citizens but should they have intervened?

White House spokesman Josh Earnest, said: “It’s offensive to somehow suggest that the United States government and the world is not doing anything.”

Barack Obama, said: “There hasn’t been probably a week that’s gone by in which I haven’t re-examined some of the underlying premises around how we’re dealing with the situation in Syria.”

In not wanting to create another Iraq War, Obama had not sent troops into the region; he could have established a no-fly zone or fought to stop Assad using chemical weapons but he did not.

He believed that diplomacy would win out, but Russia, Syria, and Iran do not have governments that deal well with negotiations. Again, the promise of ‘never again’ lies shattered in a foreign war zone while decent Americans looked the other way.