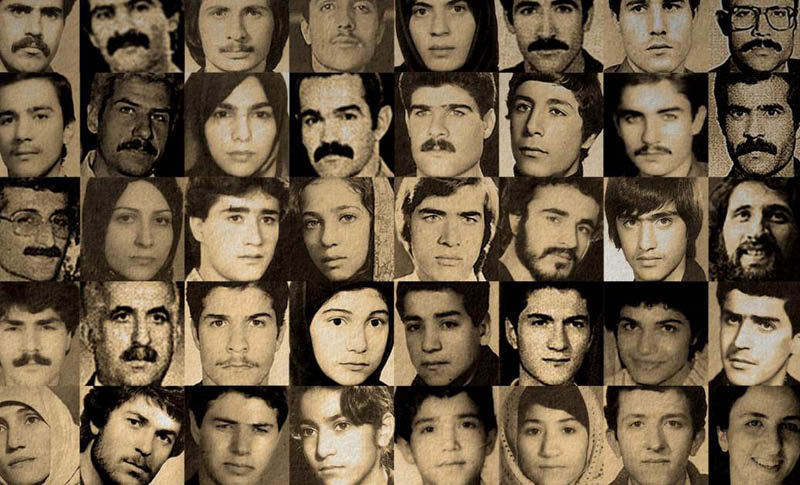 Amnesty international published a report on Wednesday, August 29, 2019, about thousands of unregistered deaths of political prisoners across Iran during the horrible massacre in summer of 1988.

Iranian authorities’ continued failure to disclose the fate and whereabouts of thousands of political dissidents who were forcibly disappeared and extrajudicially executed in secret during Iran’s 1988 prison massacres has sparked a crisis that for decades has been largely overlooked by the international community, said Amnesty International in the lead-up to the International Day of the Victims of Enforced Disappearances on August 30.

According to Amnesty, for more than 30 years, Iranian authorities have failed to officially acknowledge the existence of mass graves where the prisoners were buried, and concealed their locations, causing immeasurable suffering to families who are still seeking answers about their missing loved ones.

Philip Luther, Middle East and North Africa Research and Advocacy Director at Amnesty International said “The families of those secretly killed in the 1988 prison massacres are still living through a nightmare.

They and many others in Iran are haunted by the thousands of missing bodies, which have cast a spectre over the country’s justice system to this day. It is misguided to view the 1988 mass killings as historical events. The enforced disappearances are ongoing and, 30 years later, victims’ families continue to be tormented by anguish and uncertainty over the fate of their loved ones.”

Amnesty also mentioned that the families of those secretly executed in the 1988 massacre are still living through a nightmare. In a video published on the website of the organization, family members of several victims describe “the ongoing pain and trauma they endure.”

“The Iranian authorities did not return the bodies of any of the victims of the extrajudicial killings of 1988 to families. They also refused to tell most families where the bodies were buried, in an apparent effort to eliminate all trace of the victims,” the report reads.

The report continues, “There are reports that many of these individual gravestones were erected suddenly in late 1988 and early 1989 without any sign of prior digging or burial in the area. Some families and survivors suspect that the authorities identified these graves in an attempt to trivialize the number of those killed and show that the location of their remains was known. They fear that in fact these victims may have been buried in unmarked mass graves along with several thousand other victims.”

Amnesty International considers that the suffering inflicted on victims’ families violates the absolute prohibition on torture and other cruel and inhuman treatment under international law.

There are strong indications that Khomeini’s fatwa, which led to the massacre of some 30,000 political prisoners in Iran, was issued on July 26, 1988. 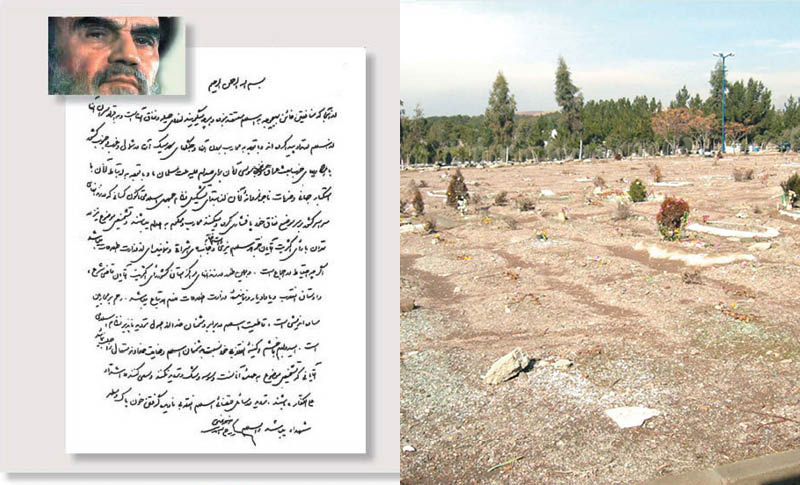 A Death Committee approved all the death sentences and the vast majority of the victims were activists of the opposition PMOI (MEK).

On August 9, 2016, an audio tape was published for the first time of Khomeini’s former heir acknowledging that that massacre took place and had been ordered at the highest levels.

Mrs. Maryam Rajavi, the President-elect of the Iranian Resistance, described the audio recording as a historical document. She said the recording attested in the strongest possible manner both to the Mojahedin (PMOI/MEK) political prisoners’ rejection of surrender and to their admirable allegiance to, and perseverance in, their commitment to the Iranian people. The recording is also irrefutable evidence that leaders of the mullahs’ regime are responsible for crimes against humanity and the unprecedented genocide, Mrs. Rajavi said.

The silence of the past 30 years should be shattered and the UN should launch an independent investigation into one of the most hideous crimes against humanity after the World War II.