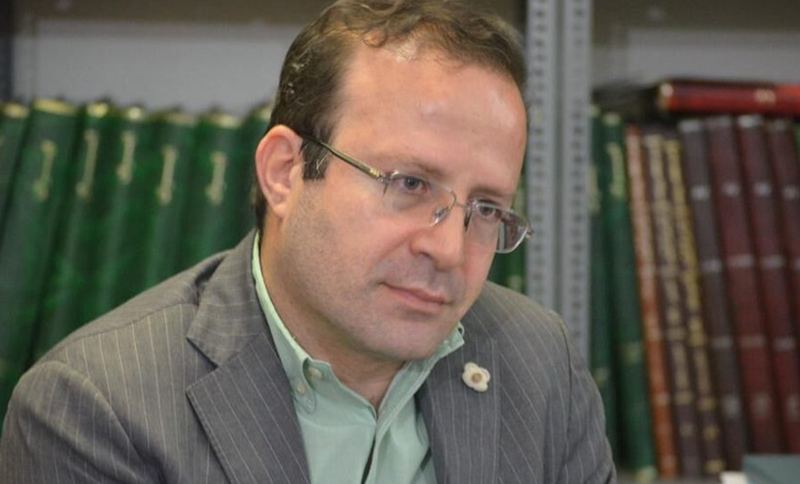 Kameel Ahmady, a British-Iranian anthropologist, was arrested from his home in the capital city of Tehran last weekend. Mr Ahmady has been living in Tehran and is well-known for the studies and research he has carried out on issues that are considered controversial in Iran. For example, he has written papers on the concept of “marriage blanc” which most countries consider to be unconsummated marriage but in Iran it is the opposite – a couple that live together but have not got married.

His wife, Shafagh Rahmani, speaking to Radio Farda, said that her husband was arrested at home on Sunday 11th August. She said that he has not been officially charged with anything and the prosecutors would give her no indication of what the charges are likely to be.

Ms. Shafagh Rahmani said that the notorious Evin Prison prosecutors have said that her husband’s work activities are under investigation.

Mr Ahmady has written a number of books and has participated in several ethnographic documentaries.

Four years ago, he disclosed some of his research findings, saying that female genital mutilation is something that is prevalent in certain parts of Iran. It came as a surprise to much of the international community as Iran had not been identified as one of the countries that carries out this practice on women. Mr Ahmady’s research suggests that there may be several tens of thousands of Iranian women that have undergone female genital mutilation.

He was given British citizenship 25 years ago but has spent the past decade and a half living in Iran – his country of birth.

Nazanin Zaghari-Ratcliffe is another British-Iranian dual national that was arrested in Iran. The charity worker was visiting family in Iran with her young daughter and was arrested at the Imam Khomeini Airport in Tehran with her 22-month-old daughter Gabriella.

She has been in jail since April 2016 and her family have been campaigning tirelessly for her release. Her husband, Richard Ratcliffe, firmly believes that his wife is being used by the Iranian government as a bargaining chip. He said last year that he thought the Iranian regime would release his wife if the United Kingdom paid Iran the interest on a decades-old multi-million pound debt related to a cancelled arms deal.

Earlier this year, the foreign minister of Iran Mohammad Javad Zarif suggested carrying out a prisoner swap. He said that there are currently a number of Iranians being held in prisons in Australia, the United States and Germany. However, prisoner swaps do not happen immediately and it is very clear that the Iranian regime is using dual-nations for diplomatic leverage.

In May this year, the United Kingdom called on dual-nationals to avoid travelling to Iran. The British Foreign Office called on those that do decide to travel to Iran to exercise extreme caution. The foreign secretary at that time, Jeremy Hunt, warned: “Dual nationals face an intolerable risk of mistreatment if they visit Iran. Despite the UK providing repeated opportunities to resolve this issue, the Iranian regime’s conduct has worsened.”