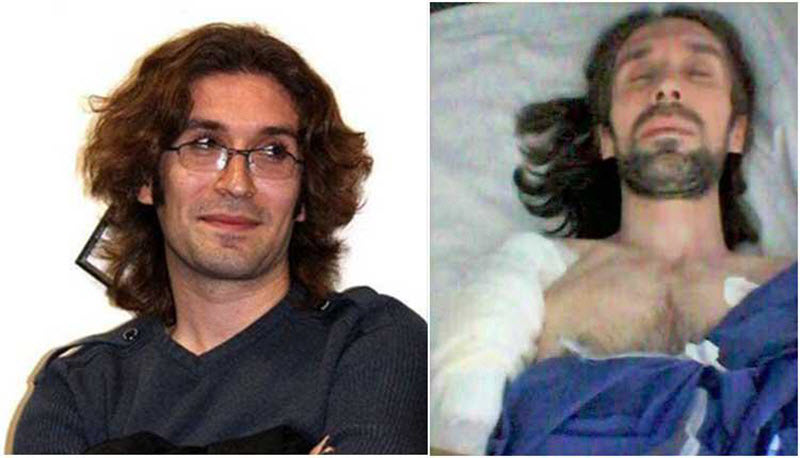 Since this regime’s inception in 1979, its authorities in Iran have a history of endangering the lives of political prisoners by denying them adequate medical treatment and medication as a form of punishment.

This deliberate denial of access has endangered the lives of several political prisoners, including Majid Asadi, Arash Sadeqi, Hassan Sadeqi, Mohammad Banazadeh Amirkhizi and Mohammad Habibi, who are among those whose continued existence is threatened by denial of treatment. Their medical records have been destroyed rather than being transferred to the hospital or the prison clinic.

The pressure against political prisoners detained in Hall 10, Section 4 of Rajaie Shahr Prison located in Karaj, has increased, according to reports.

Majid Asadi suffers from a very painful acute digestive disease. Asadi is a former student activist serving a 6-year sentence on charge of “acting against national security” at Rajaie Shahr Prison of Karaj. When he was arrested by Intelligence Ministry agents, it was without a warrant. He was sentenced to four years in prison for “assembly and collusion against national security.”

Despite a severe toothache that affects his entire face, rendering his unable to eat, Ebrahim Firouzi, also held at Rajaie Shahr Prison, has been denied adequate medical access. He has been held in Ward 12 for political prisoners since 2014. He has been prosecuted three times since 2010 for converting from Islam to Christianity and allegedly organizing Christian religious meetings.

He was offered freedom if he declared himself a Muslim after his first arrest in 2010, but chose prosecution instead. He was charged with “propaganda against the state” for his religious conversion and alleged missionary activities. When he was freed in 2011, he allegedly “attempted to create a website teaching about Christianity” and charged with “propaganda against the state.” He was arrested a third time in 2014, and was sentenced to five years in prison for allegedly “creating a group with the intention of disturbing national security.” and will remain incarcerated until 2019.

Arash Sadeghi was prevented from attending a pre-arranged appointment with a specialist in Tehran’s Khomeini hospital by prison authorities, after the prosecutor’s office did not issue the required permission. He has a serious infection in a wound from a previous surgery. Medical care was also denied when the 31-year-old went on hunger strike in late 2016 protesting the imprisonment of Golrokh Ebhraimi Iraee and his wife, who are also human rights defenders.

Amnesty International issued a statement on September 26th, that called on Iranian authorities to immediately and unconditionally release Arash Sadeghi who is “is being solely punished for his peaceful human rights activities, including communicating with Amnesty International and providing the organization with information on the human rights situation in Iran.” Philip Luther, Research and Advocacy Director for the Middle East and North Africa at Amnesty International stated, “The Iranian authorities’ treatment of Arash Sadeghi’s is not only unspeakably cruel; in legal terms it is an act of torture. Every step of the way, the prison authorities, the prosecutor’s office and the Revolutionary Guards have done everything they can to hinder and limit access to the essential treatment that Arash requires in order to address his life-threatening cancer.”

Another political prisoner held at Rajaie Shahr Prison, Hassan Sadeqi, is at risk of blindness following blows to his head and his eyes by interrogators.

He and his wife were detained when they held a ceremony for Mr. Sadeqi’s deceased father, who was a member of the MEK. The couple were both were sentenced to 15 years in prison and his business was confiscated. Their 11 and 16-year-old children were left without guardians.

63-year-old Mohammad Banazadeh Amirkhizi is in serious condition with heart disease. He was arrested on charges of with “acting against national security by gathering and conspiring” and “spreading propaganda against the government” and sentenced to 11 years in 2016.

Amnesty International issued an “Urgent Action” statement regarding the case of Mohammad Habibi, a teacher and trade unionist who is serving a 10 and a half year sentence for his labor rights activism and his membership on the board of the Iran Teachers Trade Association. His health conditions require specialized care, some of which allegedly stem from his violent arrest at the hands of the intelligence division of the Iranian Revolutionary Guard Corps. The Amnesty statement provides details about that arrest, after which Habibi suffers severe pain in his chest and difficulty in breathing. Authorities only response has been to provide him with a non-prescription inhaler. A general practicing doctor has additionally identified signs of a kidney problems that may require specialized treatment, but authorities have ignored the recommendation.

These are only a few of the examples of how the Iranian authorities use denial of medical treatment as a means of punishment for political prisoners in the country.