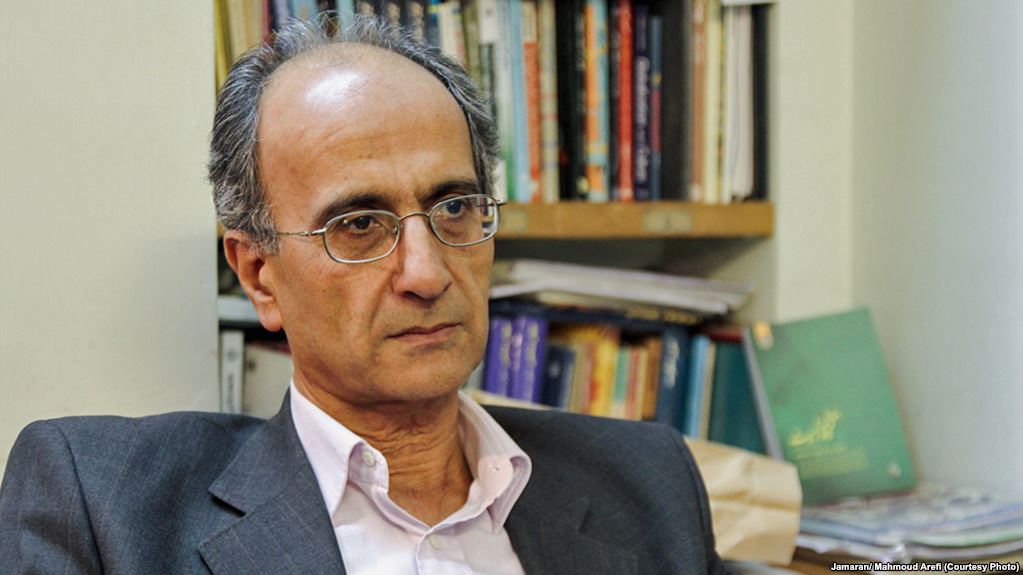 by Staff writer, SF
Iranian Canadian academic and Environmentalist Kavous Seyed-Emami died in Iran’s Evin Prison two months ago, yet officials have still not released a final autopsy report.
According to attorney Payam Derafshan, who represents the Seyed-Emami family, when he spoke to CHRI on April 19, 2018, the preliminary report mentions “bruises on different parts of the body.” He claimed that the medical examiner noted an injection on the skin, and bruises on the body.

“We have seen the medical examiner’s initial opinion, which is very revealing, such as bruises on different parts of the body and evidence of an injection on his skin,” Derafshan said. “It does not say the precise time of death. It mentions signs of bruises around the neck caused by the weight of the body but nothing about whether the death occurred by suffocation, heart failure or drug poisoning.”

Seyed-Emami, the managing director of the Iran-based Persian Heritage Wildlife Foundation, was said to have committed suicide in his cell by hanging himself two weeks after he was arrested on January 23, 2018, according to claims by Iranian officials. However, CCTV footage of Seyed-Emami’s last hours in his cell does not show the exact moment of this death.

Seyed-Emami, 63, was arrested over unsubstantiated accusations that had engaged in espionage.

His family and UN officials have called for an independent investigation into his death. Still, calls for investigation on the crackdown on environmentalists in Iran have gone unheeded.

“The main issue we are pursuing is finding out what psychological pressures were put on Mr. Seyed-Emami,” Derafshan told CHRI. “We want to know how a man in his social position was driven in that direction [of suicide]? The medical examiner’s final report, including blood analysis, has not been issued so it’s not as if they have come and said ‘there’s no evidence of blood poisoning; go home, case closed.’” He added, “Even if it’s proven that he used his own hands to take off his shirt [to hang himself with] and commit suicide without taking any drugs [that were given to him], we question what happened that drove a university professor to do such a thing?”

Footage of Seyed-Emami being interrogated in Evin Prison before his death is currently being sought by Derafshan. “Yesterday [April 18] we were at the office of the prosecutor for criminal affairs,” he said. “The case investigator Mr. Shahriari informed us that he had requested and received video clips from the prosecutor’s office for security affairs showing meetings during interrogation between the late Seyed-Emami and other suspects in the case…”

Derafshan continued, “We want these clips to be handed over to us to see what was said during these meetings. Since the presidential committee set up to investigate this case has not issued any formal report to the public, we will tell the people what happened.”

Regarding the status of Seyed-Emami’s widow, Maryam Mombeini, who has been banned from leaving Iran, Derafshan told CHRI that her passport has been confiscated but she has not been formally charged. “Unfortunately, we don’t know on what basis she has been banned from leaving the country,” he said. “Whatever the reason, it has nothing to do with the Judiciary. It’s a security decision.”

Chrystia Freeland, Canada’s minister of foreign affairs, tweeted on March 8th, that she was “outraged to learn” that Mombeini had been “barred” from leaving Iran with her sons, Ramin and Mehran Seyed-Emami. She said, “We demand that, as a Canadian, she be given the freedom to return home.”