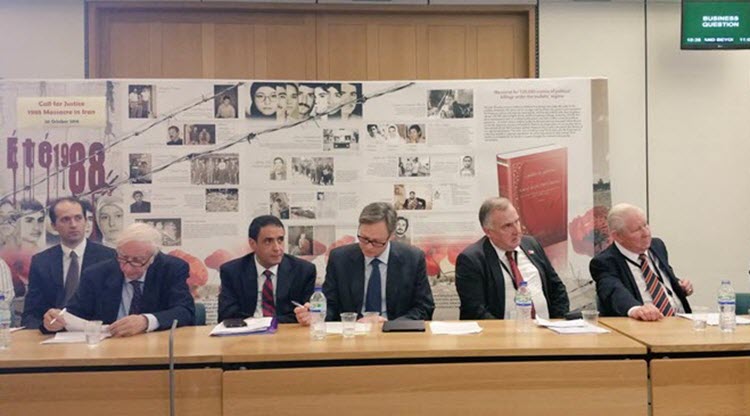 The National Council of Resistance of Iran (NCRI) has reported that a British Member of Parliament has urged the UK to condemn human rights violations in Iran.

This is following an exhibition at the Attlee Suite in the House of Commons on 20th October which showcased the past and current atrocities that are carried out by the Iranian regime. These atrocities are aimed not just at political activists and dissidents, but also at all sectors of Iranian society.

The exhibition was organised by the BPCIF (British Parliamentary Committee for Iran Freedom) to commemorate the victims of executions and to highlight the human rights abuses that happen on a daily basis in Iran.

The conference focused on the 1988 massacre which resulted in the death of 30,000 people. During the state-sponsored attack, executed by religious decree from the government regime, pregnant women and children were also killed.

The MP for Hendon, Matthew Offord, said that impunity must end for the people who were responsible for this major crime. He said: “The people of Iran want an end to the impunity for those who committed this crime and other authorities of the regime. I urge the British government to recognize and condemn this massacre as a crime against humanity and act in the UN Human Rights Council and the UN Security Council in order to bring the known perpetrators to justice in an international tribunal.”

Other MPs also called on the government to take steps that will pressure the Iranian regime into halting executions.

The NCRI said that the conference was supported by the Association of Anglo-Iranian Woman which is composed of many Barnet residents of Iranian origin.

The director of the association, Laila Jazayeri, said: “Almost every Iranian living in the borough lost a member of family, extended family or friend in the 1988 massacre. Some of the families of the victims and in particular a member of Anglo Iranian Youth in Barnet who lost several aunts and uncles. Our MPs, Matthew Offord and Mike Freer, have always supported their constituents’ goals and aspirations for a free Iran where they could to go back to one day.”

Former political prisoners and eyewitnesses who survived the massacre shared their stories and spoke about the brutality of the Iranian regime.