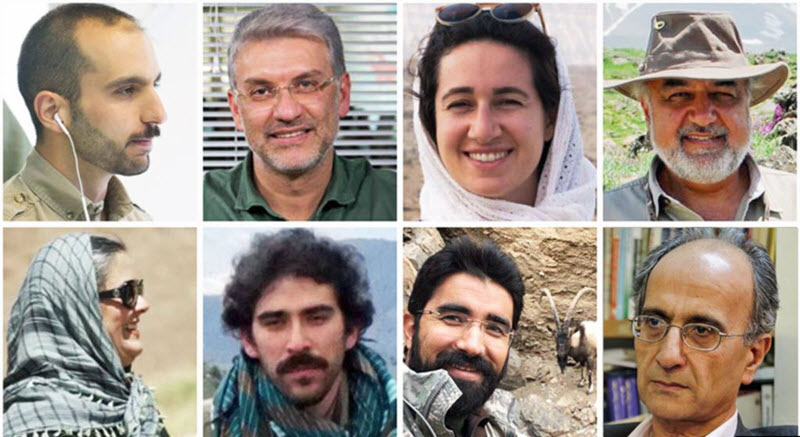 The families of a number of jailed ecologists have issued a joint letter to the Islamic Republic’s head of judiciary calling for the release of their loved ones.

In their letter dated 28th June, the relatives note that the conservationists were not given fair trials, with a number of violations being noted, yet their loved ones remain imprisoned. They brought up the same concerns in a letter less than two months previous to this. The “illegal procedure”, they explain, is still continuing.

The members of the Persian Wildlife Heritage Foundation, a local environmental group, were arrested in January last year. They are Iranian-American Morad Tahbaz and Iranians Taher Qadirian, Houman Jokar, Amirhossein Khaleqi, Niloufar Bayani, Abdolreza Kouhpayeh, Sam Rajabi, and Sepideh Kashani remain in jail. Iranian-Canadian Kavous Seyyed-Emami was the founder of the Persian Wildlife Heritage Foundation and he too was arrested with the others. Seyyed-Emami was a renowned environmentalist and sociology professor.

Only a few weeks after arriving in jail, 63-year-old Seyyed-Emami died under some unusual and suspicious circumstances. The prison authorities have told the family that he committed suicide, but his family insist that this is a cover-up.

In the letter to the judiciary, the family members emphasise that the detention of their loved ones is illegal, as per the country’s Criminal Procedures Regulations. They mention Article 242 which states that suspects, in non-murder cases, cannot be held in temporary custody for more than 12 months. They have already been in custody for more than 18 months.

During this time, the families point out that the justice department has been unable to present a single shred of evidence against any of the environmentalists and they call for their immediate release.

The international community has brought attention to the situation, with the United Nations commenting on the situation. One month after their imprisonment, the UN said that the charges of spying are very “hard to fathom” and said that conservation should never “be equated to spying or regarded as a crime” anywhere in the world including in Iran.

In October last year, Human Rights Watch also commented on the situation, describing the treatment and accusations against the environmentalists as “ridiculous”.

Last year, in an open letter to the country’s leadership, the families of those detained described their loved ones as “among the best and brightest activists and experts in the field of environmentalism”. They said that they had a deep love for their country and for nature and highlighted that they have “sacrificed their youth without any material gain to protect the environment within the framework of the law”.

The Iranian regime is under increasing pressure, not just from the United States and the wider international community, but also from the people of Iran. Iranians have lost so much freedom over the past few decades and they want change. They understand that the clerical regime is incapable of reform and they want to see it collapse so they can get back the freedom that they are cruelly being denied.