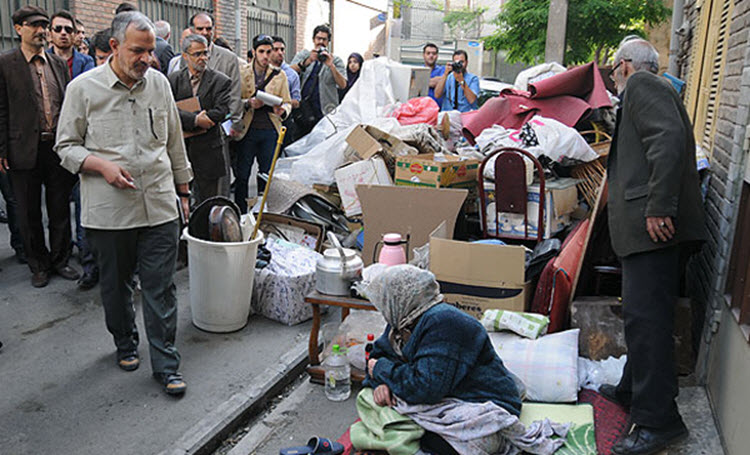 In Iran economic inequality and class divisions has reached a point that is very concerning to many economic experts, as the class divide increases.

Tasnim listed the statistics as follows:

Ebrahim Razaqi, expert of economics at Tehran University said, “The statistics provided by the government must be recalculated… they are changing the coefficients. However, the truth of our society shows how class divides are increasing.”

A member of Rouhani’s faction and expert of political science, Sadegh Zibakalm, said corruption in Iran is far worse than in other countries, “The class division, in comparison to the United States, Japan and Guinea Bissau, is far worse in Iran, and it cannot be compared to capitalist countries.”

Saeed Leilaz, a political and economic analyst who is also of Rouhani’s faction, also said Iran’s economy is second in corrupt only to that of Iraq. “The fourth crisis is the increasing rift between Iran’s classes, reaching one of the worst conditions in Iran’s history,” he said.

An article published by the National Council of Resistance of Iran (NCRI) says, “Class divisions in Iran is seen in the extreme poverty and people being forced to live in city outskirt areas. In other words, the lives of the poor in Iran provides a far more clearer picture of the massive wealth enjoyed by the Iranian regime officials, and the poverty suffered by the majority.  A worker earns 161 times less than a member of a board of directors in Iran under the mullahs’ rule.”

The result is that Iran’s poor population is staging more rallies and and more demonstrations to voice their protests.