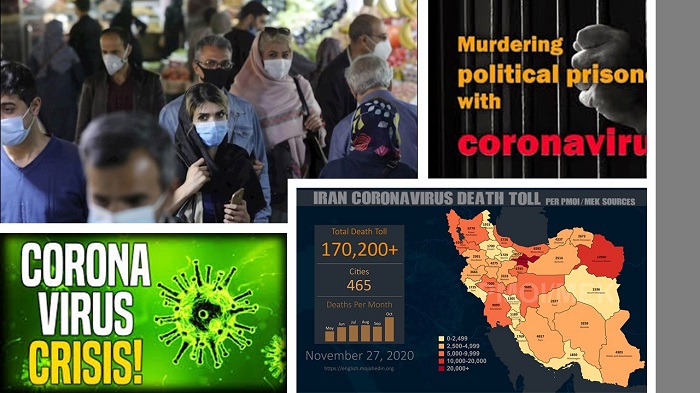 The main opposition to the current regime in Iran, the People’s Mojahedin Organization of Iran (PMOI / MEK Iran), and the National Council of Resistance of Iran (NCRI), reported that COVID-19 has killed 170,200 people in Iran. While this figure is the true death toll, the regime is still saying that the official death rate is 47,095, nearly a quarter of the true figure.

The death rate follows the general trend throughout the world as follows:

More than 170,200 people have died of the novel #coronavirus in 465 cities checkered across all of Iran's 31 provinces, according to the Iranian opposition PMOI/MEK.

The Deputy Health Minister, Iraj Harirchi, reported on Thursday that it was alarming to see more and more people ending up in the hospital due to the effects of the virus and that now throughout the provinces COVID-19 was the main cause of deaths.

The Head of the Majlis (parliament) Health Commission mentioned that any decision now to halt the spread of the virus was too late. Even if a complete shutdown was ordered for up to 30 days there are so many employees who are back at work such as administrative employees and bank employees. Also, almost all the parks are open. As time is given for the virus to claim even more lives, there are fewer and fewer motorized vehicles on the streets in Iran.

The current state of COVID-19 in some provinces is mentioned below:

The head of Ardabil Medical Sciences University said the province’s medical centers were full and there was no room for any more patients. The figures showed that at the moment there are 114 Covid-19 patients in ICUs, with 54 classified as being in a critical condition, who were surviving due to the use of ventilators.

Mrs. Maryam Rajavi the President-elect of the National Council of Resistance of Iran’s (NCRI), the mullahs ruling Iran facilitated the spread of Coronavirus and did not make any serious efforts to contain it. This is why the pandemic has turned into a source for hidden escalation of fury and anger.